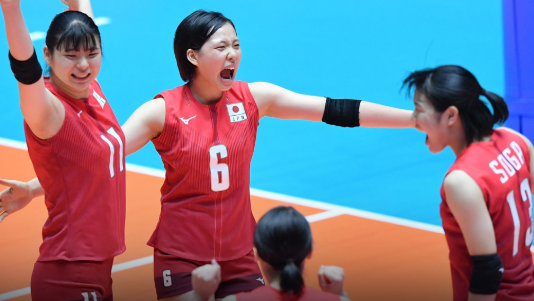 Foreign athletes will now be allowed to enter Japan prior to the Tokyo 2020 Olympics, in a move the Japanese Government hopes will help the preparations of home stars.

It is expected that the B.League and the V-League – Japan's top domestic basketball and volleyball competitions – will be among the first to permit foreign players ahead of their season openers in October.

According to Kyodo News, this decision was made to help Japanese players get the best preparation possible before Tokyo 2020, by allowing the highest level of competition in their leagues.

In the V-League, teams are permitted to have a maximum of one foreign player outside of Asia, while in the B.League, six of the ten statistic leaders were from abroad.

These included American Davante Gardner leading the points per game table, and his compatriot Jack Cooley who scored more rebounds per game than any other player.

These changes were made despite the ongoing COVID-19 pandemic, which has led to the postponement of the Tokyo Games to 2021 and paused sporting activity worldwide.

Operating bodies and sports associations will be asked to be responsible for implementing COVID-19 prevention measures.

Foreign athletes will be required to provide results of multiple COVID-19 tests before leaving their countries and upon arrival in Japan.

They will also need to quarantine for 14 days after arriving in Japan and will have to submit their movement plans within the country.

The Government are reportedly using the readmission of foreign athletes as a way of testing the effectiveness of immigration control procedures ahead of the postponed Olympics and Paralympics.

Japan currently denies entry to residents from dozens of countries but this presents an obvious problem with Tokyo 2020 looming.

Japan's football top flight, the J-League, and the Nippon Professional Baseball league have both been using foreign athletes in their competitions – but only those who were in the country before the Government banned the entry of foreign nationals.