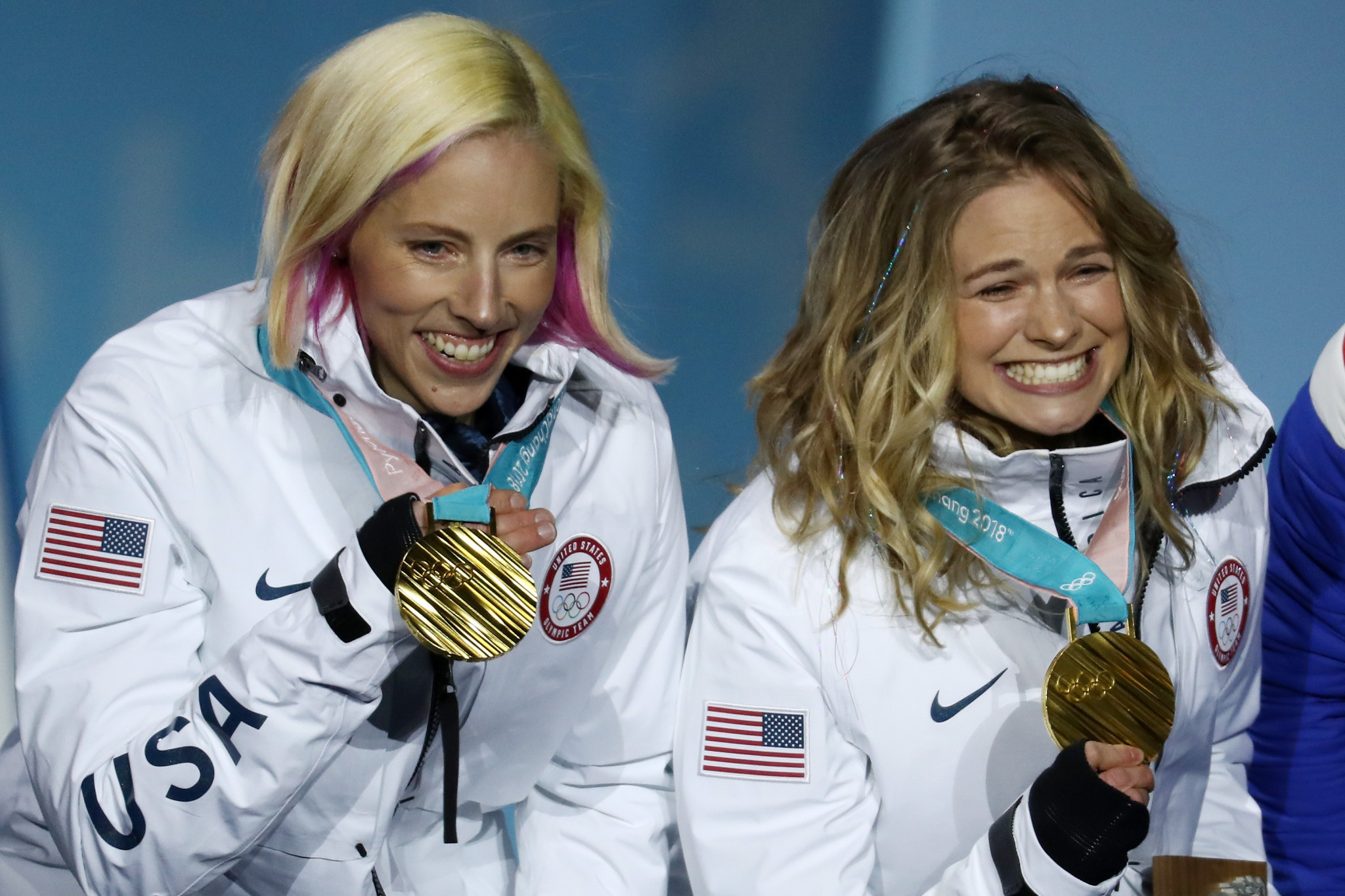 A minute’s silence at the Opening Ceremony of the Tokyo 2020 Olympics is one of the options being considered within International Olympic Committee (IOC) circles as the debate intensifies over Rule 50, which currently forbids political protests made at any Olympic sites.

Taking part in a Panam Sports discussion on the topic, five-time Olympian and American cross-country skier Kikkan Randall, a member of the IOC Athletes’ Commission, said a worldwide consultation process had thrown up numerous "creative" solutions to the question of how best to allow athletes to demonstrate support for issues such as racial and social equality at the Games.

Under Rule 50 guidelines developed by the Athletes' Commission, announced in January, competitors who demonstrate at the Games were threatened with disciplinary action.

Protests were defined in the guidelines as "displaying any political messaging, including signs or armbands", "gestures of a political nature, like a hand gesture or kneeling" and "refusal to follow the Ceremonies protocol".

But following a backlash, the IOC direction of travel has altered and the Athletes’ Commission is in the process of a widespread collection of views which will eventually be presented to the IOC Executive Committee meeting in October.

Randall, a Pyeongchang 2018 team sprint gold medallist, said: "One of our IOC Athletes’ Commission members has said - 'could we do something together at the Opening Ceremony?

"'Could we have a minute of silence, where everybody stands together in unity?’

"That could be a really powerful statement to the world.

"Is it something we can agree upon?"

Randall also sits on the Board of the United States Olympic and Paralympic Committee, whose Athletes’ Advisory Council is one of several organisations to have called on the IOC to relax or abolish Rule 50.

IOC President Thomas Bach has refused to rule out allowing podium protests - although it is thought unlikely these will be allowed during the postponed Tokyo 2020 Olympic Games - and warned of the need to differentiate between what he called "divisive demonstrations" and suitable forms of protest.

Aliann Pompey, a four-time Olympian and Commonwealth gold and silver medallist over 400 metres for Guyana, has been conducting a separate consultation within her region as President of the Panam Sports Athlete Commission.

"Rule 50 has come to the forefront as athletes have begun wondering how they can communicate about social injustices and what our rights are, and everyone should have a place in that conversation," Pompey said.

"We are getting feedback from all the 41 member nations in the region.

"What we found from that conversation was that the athletes formed along an entire spectrum.

"There were a few that thought the rule should be outright abolished.

"Some thought it should be left as it is.

"And some thought that the rule was fine but the way that it was interpreted needed to be fixed.

"After that discussion we left the athletes to continue to have further discussions within their countries and their sports.

"Based on that feedback we will try to quantify the viewpoints.

"It is a very diverse region.

"But we will then share those findings with the IOC."

Reflecting on his participation in the iconic podium protest against racism during the 200m medal ceremony at the 1968 Mexico Olympics, bronze medallist John Carlos, who like gold medallist Tommie Smith had raised a black-gloved fist to the sky, commented: "All we wanted was an even playing field.

"Here we are, 53 years later, and we are still at ground zero.

"The question is when are we as a society going to wake up and act like the right people, the way we were intended to act on this earth?"

Asked about what he considered the most satisfying development from that protest, he responded:

"The fact that it was used as a blueprint.

"It made people have an understanding that, if something is wrong, you don’t wait around for someone else to fix it, you get off your fanny and try to resolve the issue.

"I think so many people have that vision now, that blueprint…"