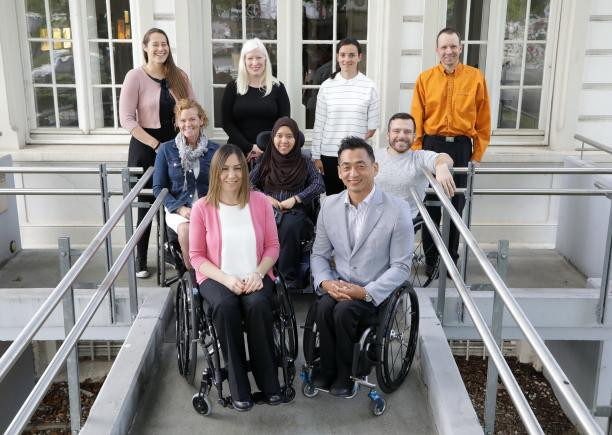 The International Paralympic Committee (IPC) Athletes' Council is set to consult with Para-athletes to gather an understanding on how competitors can express themselves at events including the Paralympic Games.

The consultation exercise will look into how athletes can protest at the Games, while respecting the Paralympic Movement's values and principles.

This comes after dialogue between the IPC Athletes' Council and the IPC, the consultation being supported by the IPC Governing Board at a meeting on July 3.

It will aim to achieve further clarity for athletes about the current rules and what is and is not allowed by athletes.

Under current IPC rules for the Paralympics, para-athletes are free to share their views on any subject on social media and when speaking to media, but they are not allowed to use the field of play for protest.

"With the Tokyo 2020 Paralympic Games still more than 12 months away, this is on our side and, from an athlete viewpoint, we do not need to ask the IPC to adapt any rules at this stage," IPC Athletes' Council chairperson Chelsey Gotell said.

"What is important right now is to use the time we have available to listen to para-athletes about their experiences and how it has affected their lives.

"We want to better understand the subjects Para-athletes feel passionately about and gather views on how they believe they could best be communicated at the Games.

"At the same time, we must also provide Para-athletes with a greater understanding of the current rules so they can give well-rounded and better informed feedback during the consultation.

The @Paralympics consultation regarding athlete protests at the Games is taking place this month. If you are a @ParalympicsGB athlete (Long list or former athlete) please get in touch and I can direct you to have your say through the BPA Athletes’ Commission to IPC. https://t.co/TX9JJL9Lpe

Gotell thanked the IPC for showing a "a willingness and openness to listen first-hand to para-athletes on a subject that is a critical and complex topic".

"Many of the protest and demonstrations around the world in recent years, whether they be about race or gender equality, are based on the fight against discrimination, a daily fight that all persons with disabilities are familiar with as they are part of the world's largest marginalised group," Gotell added.

"As an organisation that is committed to driving social inclusion and advancing human rights, it appears logical for the IPC to allow protests around discrimination at the Games.

"However, the whole area of Games' protests is something of a Pandora's box.

"Allowing protests would give a platform for subjects many people agree with but also would give the green light for protests to take place on subjects that people might find abhorrent.

"Clearly, a fine balance needs to be struck as the last thing we want the Games to be is a platform for spreading hate."

The move from the IPC follows the IOC tasking its Athletes Commission to conduct a similar exercise amid growing pressure on the organisation to relax or abolish its Rule 50, which prohibits athletes from protesting at the Olympic Games.