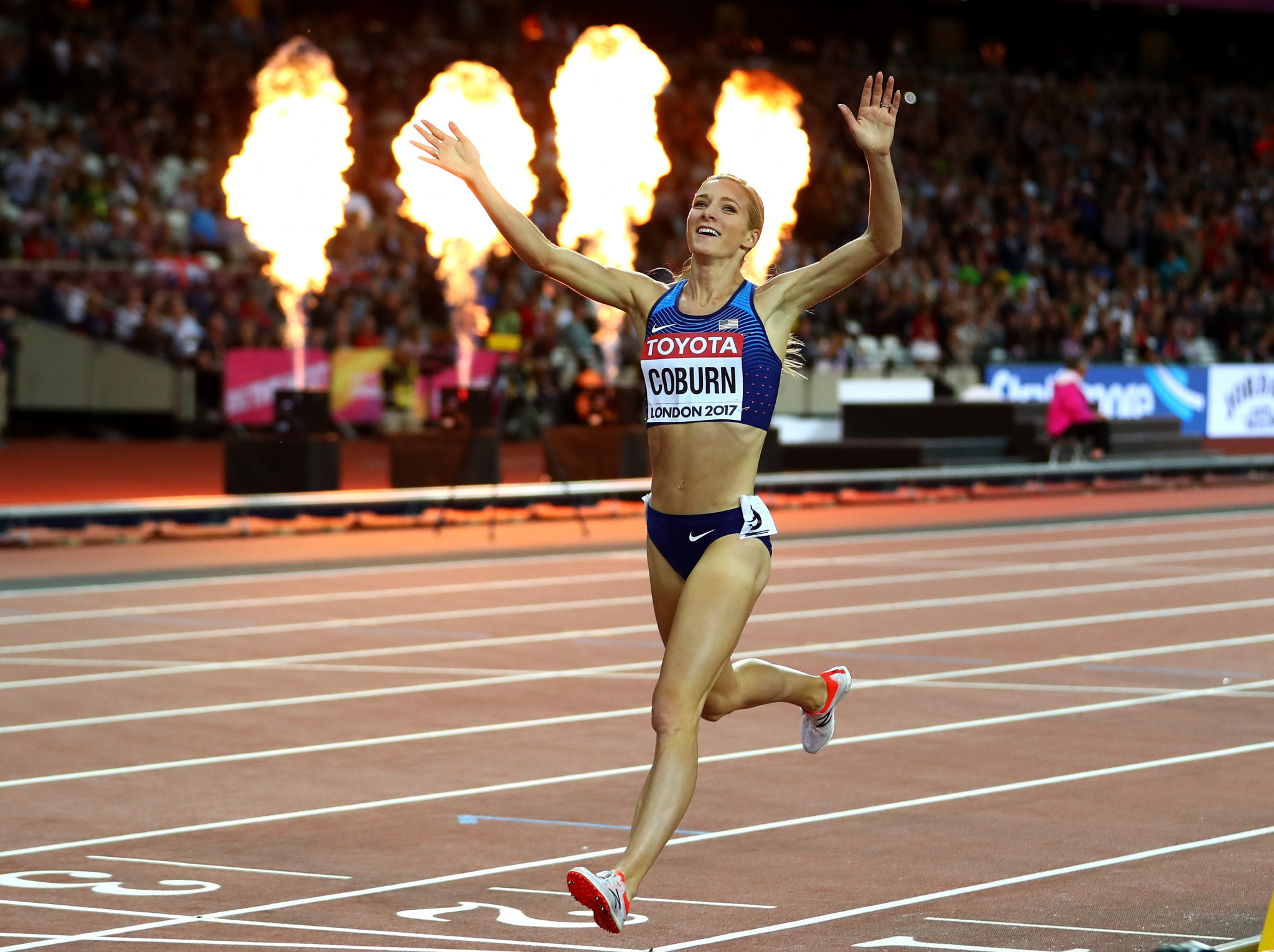 A new athlete-led organisation representing the interests of track and field athletes, the Athletics Association, has formally launched today.

The Athletics Association says it wants to fight for athletes' right and provide them with a strong, independent voice, while working with World Athletics to seek athletes-first development of the sport.

Coburn, who told insidethegames she felt the launch comes at "a really interesting time in the world where athletes are using their voices to speak up about issues they care about", said the postponement of the Tokyo 2020 Olympics and coronavirus-related disruption had already seen the Athletics Association canvassing opinions.

"Already we've been able to mobilise and communicate with athletes and get their voices heard and communicated to our governing body, so it's been pretty cool."

A 3,000 metres steeplechase specialist, Coburn has won gold and silver medals in the discipline at the World Athletics Championships, as well as an Olympic bronze at Rio 2016.

Currently in Colorado, Coburn is still able to train despite the coronavirus pandemic.

Five initial goals have been stated at the launch; to lobby World Athletics and Diamond League stakeholders over changes made to the 2020 schedule, to announce a welfare charter, to establish a relationship with World Athletics and "command real involvement and power when it comes to decision-making in the sport", to finalise a membership package that will begin in January 2021 and offer resources and discounts on products, and lastly to propose "innovative ideas for the growth of the sport" to World Athletics.

"The ultimate goal of the Athletics Association is to hear what the athlete body globally is wanting and needing," Coburn said.

"Personally I think there overall could be improvements with decision-making at the highest level and more transparency there.

Athletes changing nationalities, support for mothers competing at events and certain athlete groups being "underpaid and neglected" are also areas Coburn identified where changes could be beneficial.

"It's a really exciting project and Christian has done a great job getting this off the ground and we have a great Board of really committed athletes that have been putting in serious time behind the scenes the last seven months."

Twenty-three Board members have been announced, representing the five continental regions and various disciplines within track and field.

American Allyson Felix, who has won six Olympic gold medals, is a Board member for athlete welfare, while Britain's Katarina Johnson-Thompson is one of two members representing combined events.

The formation of the Athletics Association came in the wake of a shake-up of the Diamond League which saw the triple jump, discus, 200m and 3,000m steeplechase, cut from the final in Zurich.

"In regards to the Diamond League moving forward, I think we want representation from every Olympic event area," Coburn told insidethegames.

"Every track and field event that is competing at the Olympics should be represented at the Diamond League."

One of the athletes whose specialist discipline was cut from the final, Coburn would also like "more transparency in the decision-making process".

The Athletics Association has agreed to a strategic partnership with Global Athlete, the pressure group backed by FairSport.

"It is so important for athletes to have their own representation."

Global Athlete recently called on the International Olympic Committee to abolish Rule 50, and the Athletics Association has joined the growing list of organisations to oppose Rule 50.

"The position of the Athletics Association regarding Rule 50 is that we think there needs to be, at a minimum, reform," she said.

"I personally don't feel like the rule will be abolished, but I think athletes everywhere across sport are speaking up against Rule 50 and I think we will see reform in that rule.