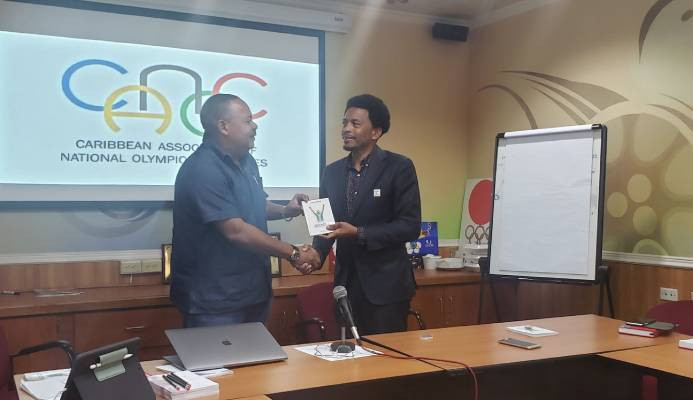 Caribbean Association of National Olympic Committees (CANOC) secretary general Kei­th Joseph confirmed the dates of the Caribbean Games would remain the same despite the postponement of Tokyo 2020 to the same year.

The inaugural Caribbean Games are scheduled to take place in Guade­loupe from June 30 to July 4 2021.

Due to the coronavirus pandemic, the Tokyo 2020 Olympics and Paralympics were postponed until July 23 to August 8 and August 24 to September 5 respectively.

Despite the close proximity to Tokyo 2020, Joseph confirmed the dates of the Caribbean Games, an under-23 competition, will not change.

He also revealed the Junior Pan American Games, due to take place from June 5 to 20 2021 in Cali, would go ahead as scheduled.

The inaugural ?Caribbean Games ?
scheduled for 30th June - 4th July 2021 in Guadeloupe are to proceed as plannedmassured CANOC Secretary General Keith Joseph in an exclusive interview with CBCTV8. pic.twitter.com/f10XaHx4cD

"Before our Games, there will also be the inaugural Junior Pan American Games, which are scheduled for Cali in Colombia," he said, as reported by CBCTV8.

"At a recent meeting, the Panam Sports Executive agreed to leave their dates before the Olympics, and those Games are also under-23.

"The idea with the Panam Juniors and our Caribbean Games was to recognise the younger age group, and the significant fall-off in participation by our youth."

It was announced that Guade­loupe had been awarded the hosting rights of the Caribbean Games in January.

The ongoing coronavirus pandemic has caused a number of postponements other than Tokyo 2020, including this year's Caribbean Free Trade Association (CARIFTA) Games in Bermuda.