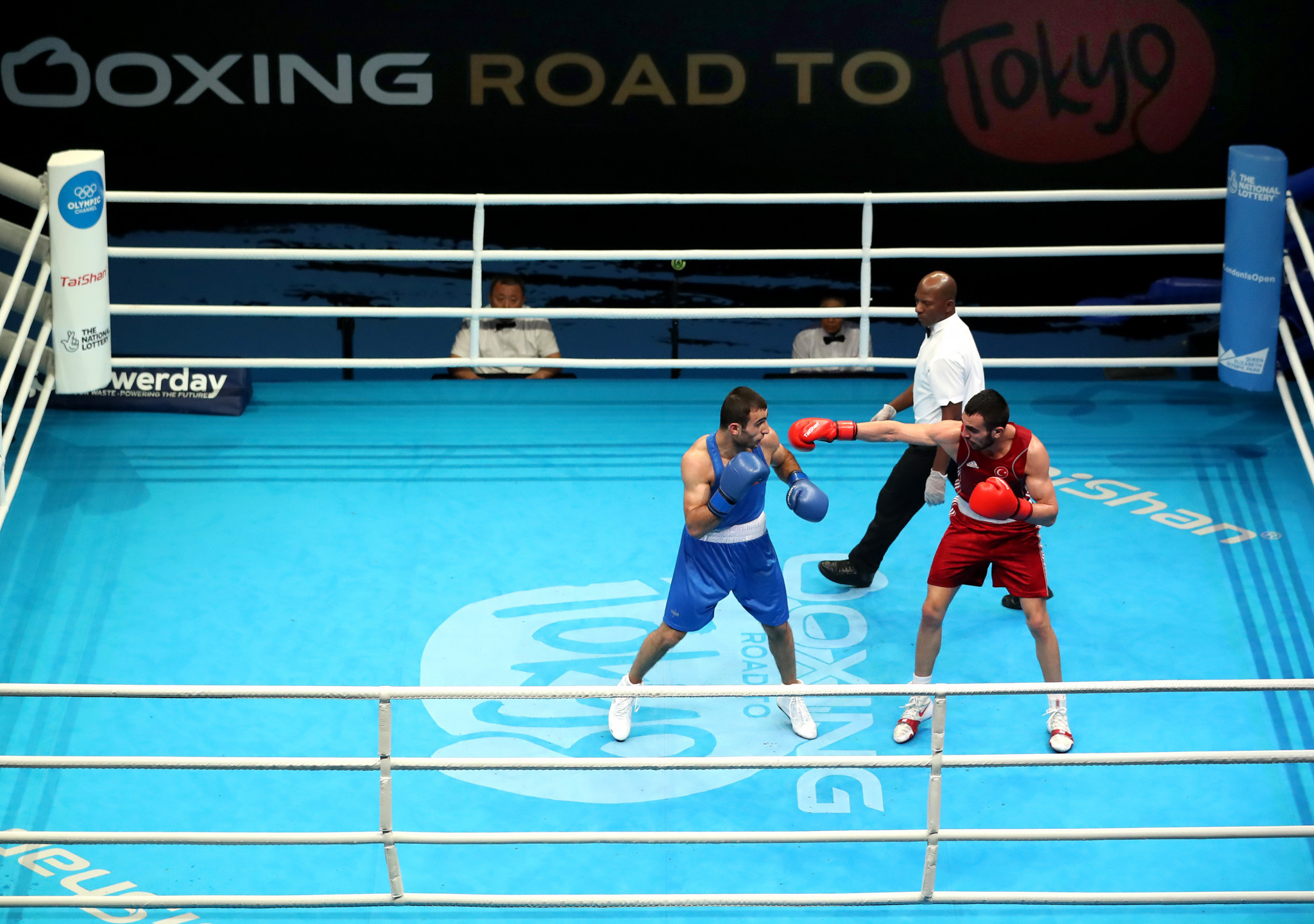 The decision to exclude the International Boxing Association (AIBA) from involvement in Tokyo 2020 has resulted in a "hefty price", an official has claimed after six people reportedly tested positive for coronavirus at the European qualifier.

Two Turkish boxers and a coach have reportedly been diagnosed following the event in London, which was run by an International Olympic Committee (IOC) Boxing Taskforce.

Three representatives of the Croatian delegation have also rested positive, it is claimed.

Competition was suspended by the taskforce on March 16 after the event at the Copper Box Arena had already begun.

The tournament was due to run from March 14 to 24 and initially was held with spectators, before moving behind closed doors.

A statement at the time said "increasing global travel restrictions and quarantine measures" was behind the postponement, with the taskforce claiming the halting of the event would allow boxers to adjust their travel plans and return home.

The taskforce said safeguarding the athletes and officials had been the "top priority", with precautionary measures reportedly taken with the Organising Committee, medical experts and national health authorities.

However, Turkish Boxing Federation President Eyüp Gözgeç has now said that two of his country's boxers and their head coach have tested positive for the coronavirus.

"I would primarily like to send your athletes and countryman my most profound thoughts and prayers during this challenging time as the global fight against the COVID-19 virus continues," the European Boxing Confederation (EUBC) vice-president wrote in a letter, seen by insidethegames.

"Unfortunately, two of our athletes and our Turkish head coach have tested positive for the new type COVID-19 coronavirus after returning to Turkey from London.

"All of them are in treatment now and thankfully they are in good condition.

"This is the disastrous result of the irresponsibility of the IOC Taskforce, this virus has been around since December 2019.

"Therefore, it is inevitable to ask why the European qualification event was not postponed before it even took place?

"The price of excluding AIBA and EUBC will be a hefty one for the IOC Task Force.

"Do they possibly think that their problems with individuals grant them the right to put athletes and their families in such jeopardy?

"Henceforward, I ask the IOC Taskforce for why they hosted an event that they were going to cancel merely after three days?

"It is evident that nobody put forth a slight effort to organise this event in a hygienic way to protect athletes, coaches and the staff involved, they did not consider anyone's health, which led them to organise this horrible event.

"The question on everyone's mind is why did the IOC Taskforce not let EUBC, which has been organising these sorts of organisations for years, handle this event?

"While they requested a full up-front payment from all of us Boxing Federations in Europe for 15 days, they cancelled the event after three days.

"I am of the deepest conviction that it is time the IOC Taskforce gives us a definitive answer on what is going to happen to all of us countries' hard-work and money?"

Gözgeç has also called for the Olympic qualification events to be rescheduled under "noble and transparent management" at the beginning of 2021.

AIBA's suspension followed a series of concerns raised by the IOC regarding the organisation's finances, as well as their oversight of judging and anti-doping.

Croatian boxer Tony Filipi has also tested positive for coronavirus after participating at the qualifier in London.

According to Radio Zadar, Filipi has been in self-isolation since returning to Zagreb on March 20.

"For the first two days since I was in self-isolation, I had nothing, I had no symptoms," Filipi said.

"After that I felt I was a little hot, I measured the temperature and I had it.

"Then I tested myself and received confirmation today that I was positive.

"It will be all right, I listen to the doctor's instructions and I believe this will all go away quickly."

The Croatian Boxing Federation have since said Mladen Sobjeslavski and Marko Milun have been forced to self isolate following positive tests.

The IOC have responded to the reports of the positive coronavirus cases, offering those infected with coronavirus a "speedy and full recovery".

The organisation expressed doubts over whether the boxers cases were linked to the qualifier.

“Yesterday, the IOC Boxing Task Force (BTF) received news reports regarding participants of the Boxing Road to Tokyo European qualifier held in London from 14 to 16 March 2020 who reportedly tested positive for COVID-19 following a return to their country," an IOC statement read.

"Most importantly, the BTF wants to express its sympathy for the affected athletes and officials and wishes them a very speedy and full recovery, and the BTF is in close contact with their respective National Olympic Committees.

"Some news reports appeared to draw a connection between the affected participants and the Boxing Road to Tokyo European qualifier held in London.

"The London event was suspended ten days ago, on 16 March 2020, and the BTF is not aware of any link between the competition and the infection.

"Many participants were in independently organised training camps in Italy, Great Britain and in their home countries before the competition started on 14 March 2020 and have returned home a while ago so it is not possible to know the source of infection.

"The BTF notes, that at the time of the European qualifier in London there were many sports and other events going on in Great Britain because there were no governmental restrictions or advice on public events in place.

"Nevertheless, in cooperation between the BTF and the Local Organising Committee, precautionary measures before, during and in the follow-up phase of the event were implemented and the event was suspended when the COVID-19 situation developed further.

"Safeguarding the well-being of the athletes, officials and all other participants has always been a top priority for the BTF.”

It is unclear when the boxing qualifiers will be rescheduled, following the postponement of the Tokyo 2020 Olympic Games and uncertainty over the sporting calendar due to the coronavirus pandemic.