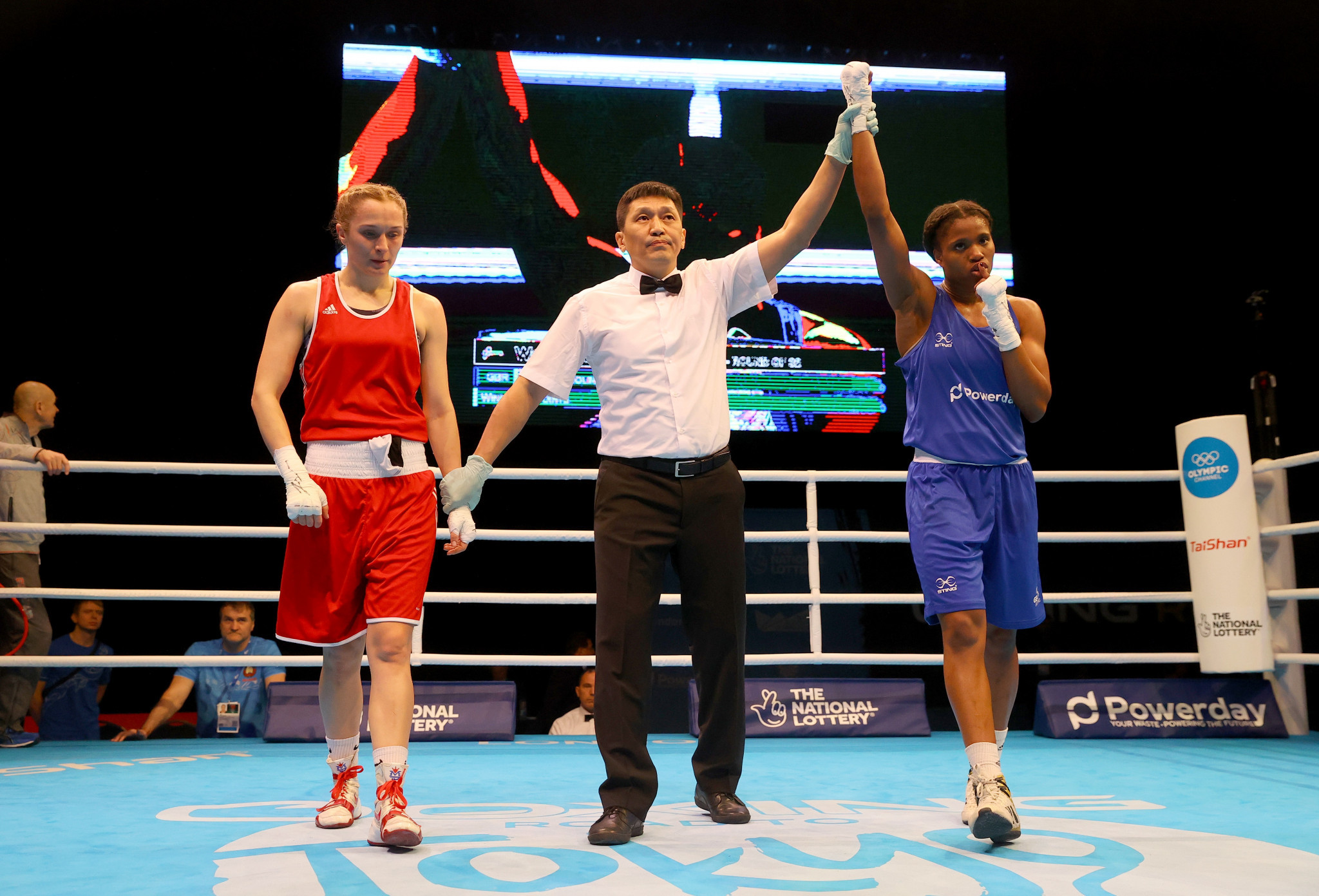 British teenager Caroline Dubois beat Belarus' Ala Staradub in the opening round of the women's lightweight event as action began today at the European Boxing Olympic Qualifying Tournament in London.

The London-born 19-year-old and current BBC Young Sports Personality of the Year was making her senior debut after an undefeated youth record.

She will go on to face Finland's Mira Potkonen, the number one seed and a Rio 2016 Olympic bronze medallist, in the last 16 at the Copper Box Arena on the Queen Elizabeth Olympic Park.

"This is the first fight which is always the worst one," said Dubois, the younger sister of heavyweight Daniel Dubois who is unbeaten in 14 professional bouts.

"It was okay, not my best, and if you ask any of the coaches, they’ll tell you that.

On the prospect of competing against Potkonen, she added: "To be the best, you’ve got to beat the best.

"She is obviously a top seed but at the end of the day she only has two hands, two legs and one brain, and that’s the same as I have.

"It’s going to be a good fight for sure."

In the same weight category, Greece's Nikoleta Pita took a split points decision over Belgium's Delfine Persoon, one of the most successful women's professional boxers of recent years.

Persoon, who narrowly lost her professional world title unification clash against Ireland's Katie Taylor in June of last year, has returned to the amateur ranks with her sights set on this year's Olympic Games in Tokyo.

She will still have one more chance to book her ticket through the World Olympic Qualifying Tournament, which is due to take place in Paris from May 13 to 24.

The big men's super heavyweight fight of the night between Britain's Frazer Clarke and Italy's Clemente Russo, the two-time Olympic silver medallist, did not go ahead as planned after the latter withdrew with an abdominal problem.

Russo, 37, has fought a lot of big names at the Olympics, losing to Ukraine's Oleksandr Usyk in the London 2012 final and beating American Deontay Wilder in the Beijing 2008 semi-finals.

Clarke will meet second seed Marko Milun of Croatia in the next round.

The 28-year-old Ukrainian got less than a round under his belt as a cut ended Denmark's Frederik Jensen's afternoon in the first.

Azerbaijan's Tayfur Aliyev, the fourth seed behind Butsenko, was dominant from the start against Israel's Bishara Sabbar and claimed a comfortable unanimous points decision.

Competition in London is scheduled to continue tomorrow.