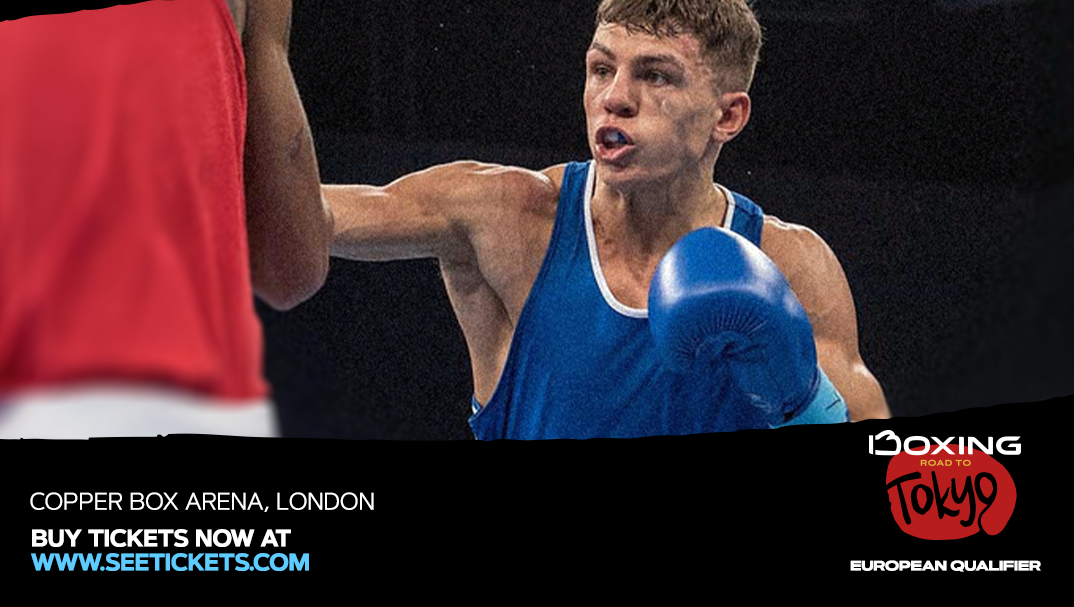 Organisers of the European Boxing Olympic Qualifying Tournament in London have confirmed that competition will start as planned tomorrow, despite the coronavirus pandemic forcing the cancellation or postponement of numerous events.

In a statement, organisers revealed the crucial qualifier will go ahead following the latest advice provided by the British Government and Public Health England (PHE) on the outbreak of the COVID-19 virus.

The event, due to take place at the Copper Box Arena on the Queen Elizabeth Olympic Park, features 13 members of the GB Boxing squad who will be competing to secure a place at this year’s Olympic Games in Tokyo.

"Our approach to the coronavirus situation is guided by the advice provided by PHE and the latest information indicates that the competition is able to get underway this weekend," a statement from the Local Organising Committee (LOC) reads.

"The health and well-being of participants and spectators is of the utmost importance to us, and all of the teams have been told to adopt regular hand washing.

"If any of their group begins to exhibit cold or flu symptoms they are advised to self-isolate, stay indoors, avoid contact with other people and contact the LOC’s chief medical officer who will be able to advise on their symptoms and any further medical assistance.

"We have also introduced a series of additional measures, including routine temperature testing as part of the daily medicals for competing boxers, which will provide us with additional data on the boxers and enable us to track and identity any changes.

"For spectators, we have increased the provision of hand sanitisers and urge anyone that has a ticket, or is intending to attend the Boxing Road to Tokyo Olympic qualifier, to follow the Government’s advice which is updated daily."

📅 | SCHEDULE: There has been some changes made to the schedule ahead of the competition getting underway tomorrow.

You can find the changes and the schedule in full here 👇

The changes resulting from an earlier finish in the women’s welterweight category mean the round-of-16 bouts will move from March 17 to the evening of March 15.

The quarter-finals, when four boxers will secure qualification to Tokyo 2020, are now scheduled to take place on the evening of March 17.

The first round of the box-offs for the final qualification place are due to be on the evening of March 20.

The semi-finals of the competition are set to be in the afternoon session of March 21.

The welterweight final and the final box-off to determine the fifth boxer to qualify in the weight class are both due to take place in the evening session on March 22.

A total of 339 athletes from 43 countries have registered to compete in 13 women’s and men’s events for 77 Olympic quota places at Tokyo 2020.

Among those representing hosts Great Britain will be super heavyweight Frazer Clarke, who claimed he will be a "serious competitor" at Tokyo 2020 if he qualifies.

As reported by BBC Sport, the Gold Coast 2018 Commonwealth Games gold medallist has been a long-term sparring partner for professionals Anthony Joshua, who was picked ahead of him for London 2012, and Joe Joyce, who was favoured for Rio 2016.

"They were logical choices but still difficult to take," Clarke said.

"It's a dream of mine to go to the Olympics and I wasn't just going to give up."

Fans can watch action from the European Boxing Olympic Qualifying Tournament live on the Olympic Channel, including all women’s and men’s bouts across all weight categories, with commentary in English, Russian and Spanish beginning tomorrow.

The Americas qualifier for Tokyo 2020 in Buenos Aires was postponed earlier this week because of the coronavirus outbreak.