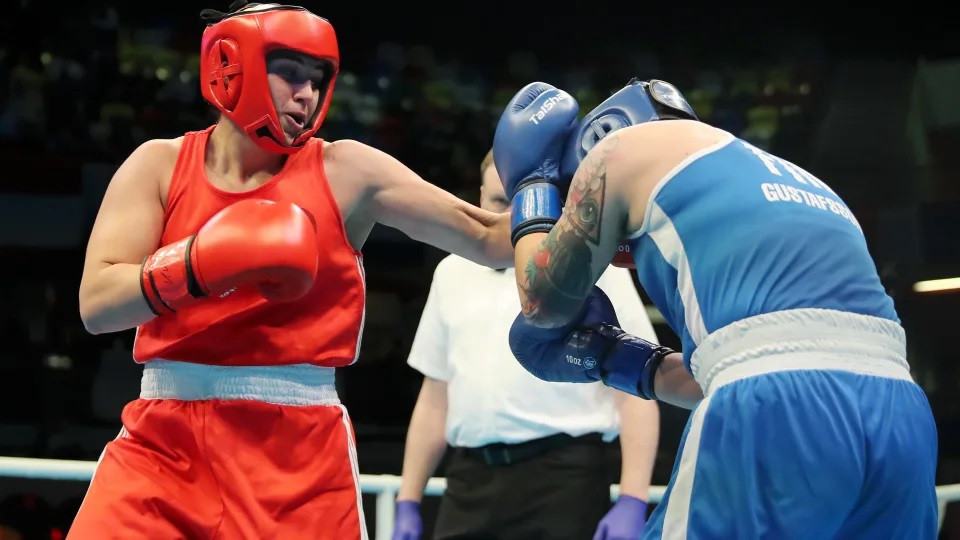 A busy day of preliminary bouts saw 49 fights take place on day two of the Olympic boxing qualifier in London - the last to be held with spectators.

Action took place in the women's featherweight and welterweight categories, plus the men's lightweight, light-heavyweight and heavyweight divisions at the Copper Box Arena in London.

Arguably the biggest story of the night came away from the ropes after organisers released a statement saying the remainder of the qualifying competition, due to conclude on March 24, will take place behind closed doors.

In a statement issued while action was taking place this evening organisers said: "Due to the changing situation with coronavirus and concerns for public, athlete and volunteer welfare the IOC Boxing Task Force (BTF) has taken the decision that from Monday March 16 the Boxing Road to Tokyo Olympic qualifying event at the Copper Box Arena on the Queen Elizabeth Olympic Park will take place behind closed doors.

"This unfortunately means that no spectators will be permitted to attend the event. The decision comes into force with immediate effect and covers both the afternoon and evening sessions that are due to take place on March 16 and all other sessions up until the end of the tournament.

"The Local Organising Committee of the Boxing Road to Tokyo event understands the reasons for the decision and apologises to ticket holders for any inconvenience this may cause."

Boxers are competing for a total of 77 spots at the Tokyo Olympics across the various qualification events - 50 are available for men with 27 for women.

Although no fighters booked their tickets to Japan today, there were plenty of interesting bouts, with one of the stand-out fights in the women's welterweight category involving the top seed Busenaz Surmeneli of Turkey.

Surmeneli, 21, was up against Elina Gustafsson of Finland, who was boxing for the second time in as many days.

Gustafsson survived standing counts in each of the first two rounds and managed to get to the end, however the win went to Surmeneli via a unanimous points decision.

Another of the highlight bouts of the day in the women's welterweight category saw British fighter Rosie Eccles, in front of a home crowd, up against Russian fourth seed Saadat Dalgatova, who won via a split points decision, with four judges scoring the fight to Dalgatova and one giving it to Eccles.

In the men's light-heavyweight category there was an upset as number four seed Umar Dzambekov lost a split points decision to Croatia's Luka Plantic.

In a close bout the judges sided with Plantic, who fought once as a professional in Germany in 2018.

There were no seeds in action in the men's heavyweight division but there were some interesting bouts including Ukrainian Serhii Horskov up against Croatia's Toni Filipi.

It was one of the closest fights of the day with Horskov claiming a narrow split decision as three judges gave the fight to him compared to two awarding it to Filipi.

Action continues in London tomorrow without spectators but with plenty of bouts scheduled - a total of 53.