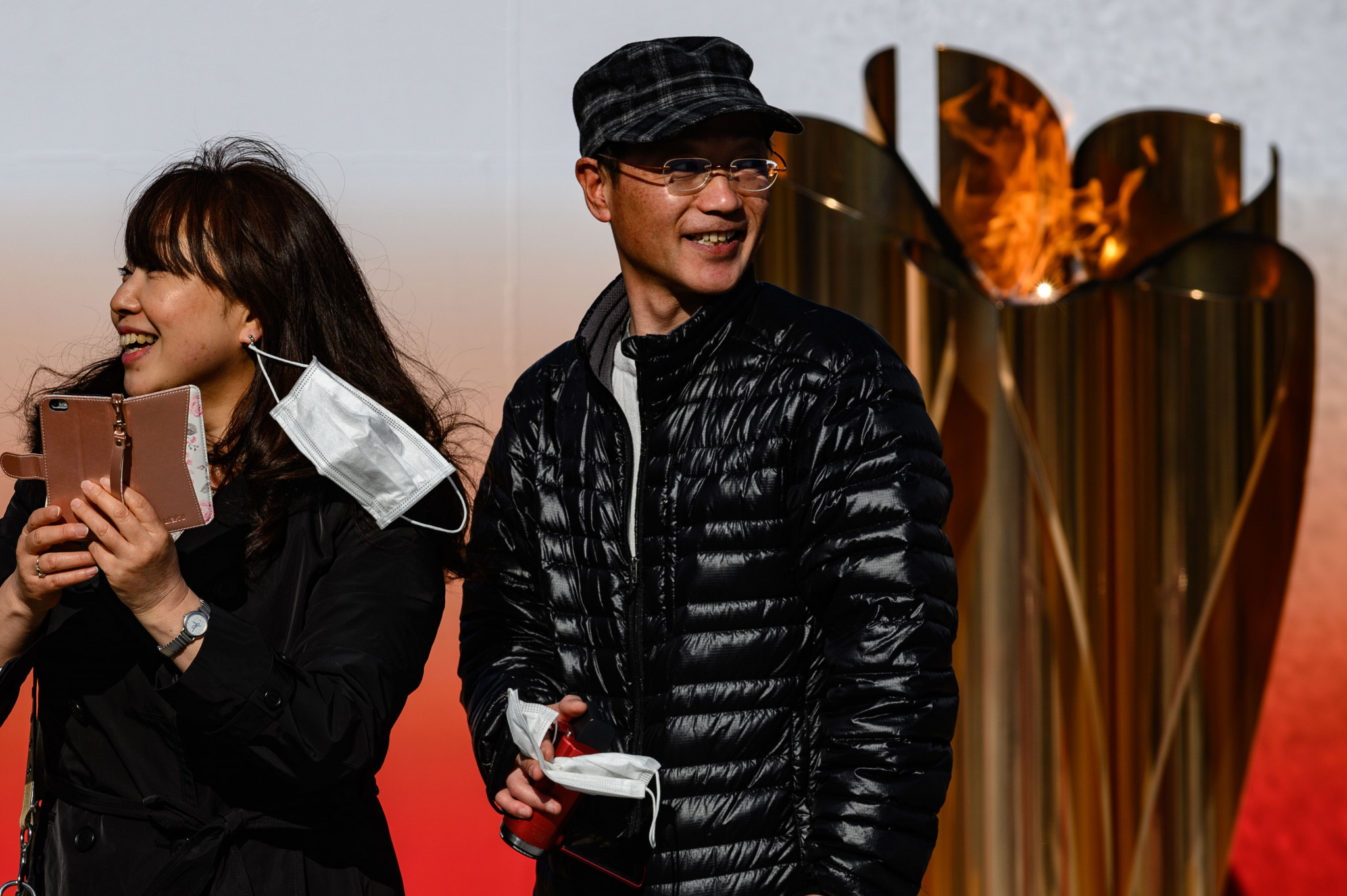 Tokyo 2020 have insisted that the Olympic Flame will begin its journey around Japan on Thursday (March 26) but expect it to be transported in a safety lantern by car.

The coronavirus outbreak means there will be no runners or spectators at the "grand start" in disaster-hit Fukushima, it has been reported.

"We're making adjustments to how the Torch Relay will be done," an Organising Committee official told Japanese newspaper Asahi Shimbun.

Organisers are hoping that the Flame will travel past empty roadsides but will be aware that an estimated 50,000 people turned out at the weekend just to look at the cauldron at Sendai railway station when it was put on display.

This was against COVID-19 advice.

Yoshirō Mori, the Tokyo 2020 President, said yesterday that a decision on whether to continue the Olympic Torch Relay would be made in the coming days.

His comments followed the International Olympic Committee (IOC) accepting for the first time on Sunday (March 22) that the Games themselves could be postponed due to the coronavirus outbreak.

A four-week window for the IOC and Tokyo 2020 to consider the next steps have been announced with a postponement seen as the likely outcome.

Sixty-year-old schoolteacher Jun Izimuta, who is originally from Futaba, a town closed by the meltdown at the nuclear plant in Fukushima, said he had learned of the changes by watching television.

"Even if the Games are postponed, I want to join the Torch Relay as a runner," he said.

The Flame is due to start its journey in Japan at the J Village National Soccer Training Center, with plans for the "grand start" initially involving schoolchildren and the Japanese football team which won the 2011 FIFA Women's World Cup.

The Flame has already travelled along the Sanriku railway which was part of the original itinerary for the "display" this week.

The line was devastated in the 2011 tsunami and earthquake but has since been reconstructed.

One member of the train crew wore a protective mask as a guard kept watch over the lantern.

The Flame has also been exhibited at the Tsunami Recovery Memorial Park in Ishinomaki City in Miyagi Prefecture.

At the opening of the exhibition, Tokyo 2020 President Mori said "the Flame will show the recovery status of the three prefectures to people from Japan and abroad".

"It embodies support to the disaster stricken areas where people are still facing many difficulties," he added.

The Flame's arrival on Japanese soil last week was a low-key affair after a scaled-back handover ceremony from Greece to Tokyo 2020 in Athens, following the traditional lighting in Ancient Olympia.

Organisers had already announced that daily celebration events would be held behind closed doors.

The Japanese section of the Relay was due to visit every prefecture in the country before the Olympic Opening Ceremony on July 24.