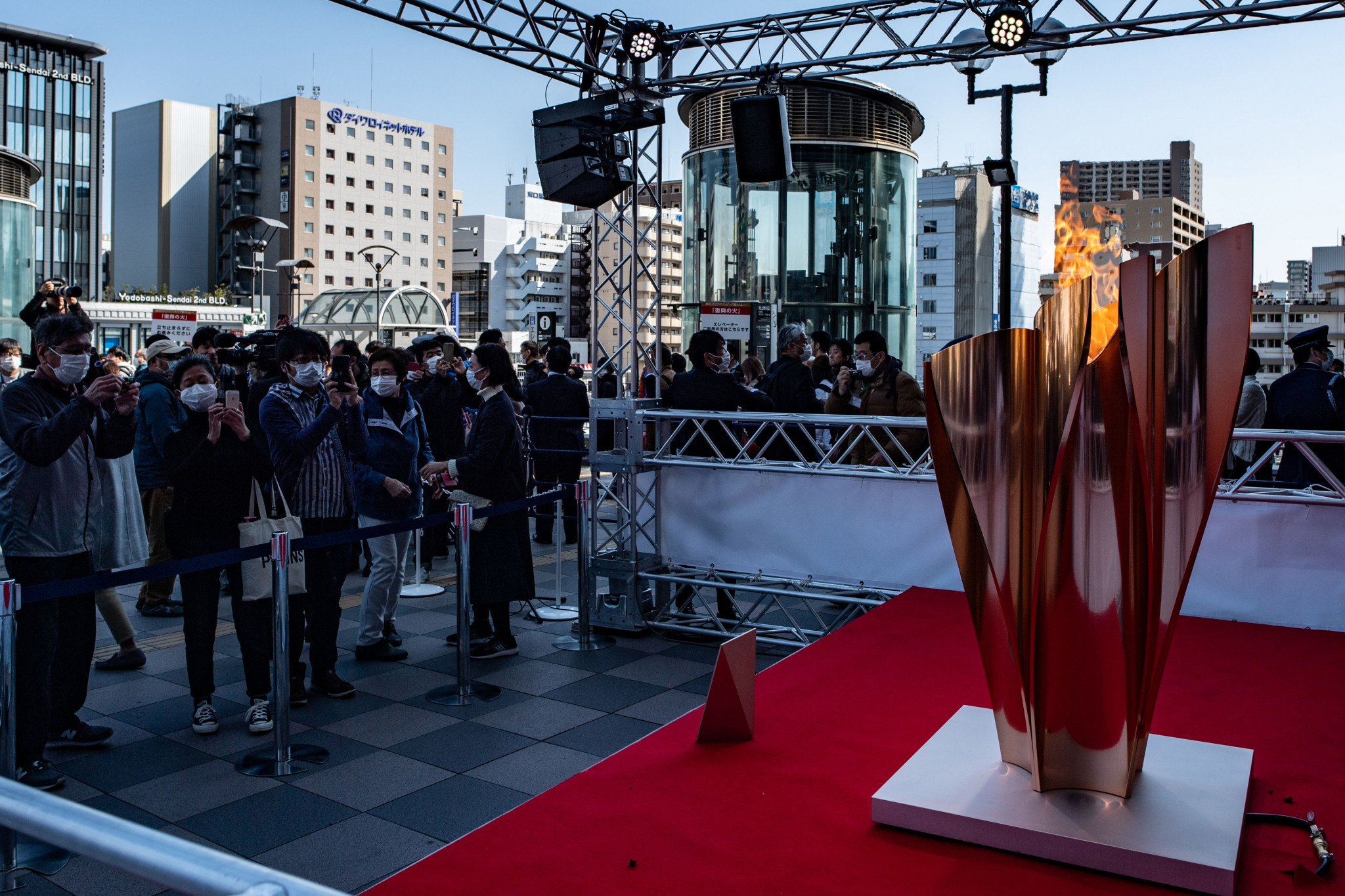 Huge crowds have turned out to see the Olympic Flame when it was put on display at Sendai railway station in the Japanese prefecture of Miyagi in spite of advice not to congregate.

Local reports estimated that as many as 50,000 had gathered.

Many wore facemasks as they reportedly queued for hours to take photographs of the flame burning in a cauldron at the station.

One unnamed 70-year-old woman told the Japanese national broadcaster NHK: "I queued for three hours but watching the Olympic Flame was greatly encouraging,”

Sendai was devastated by the 2011 tsunami and earthquake.

The epicentre had been only 130 kilometres east of the city and it the display had been arranged as part of the “Flame of Recovery” programme lasting almost a week.

It was to have travelled on the restored SL Ginga steam locomotive known as the "Joyful Express" but this has been cancelled.

The Flame was due to be displayed across the region for the next week before the Torch Relay formally begins on March 26 when Japan’s 2011 FIFA Women's World Cup winners will be Torchbearers at J-Village, a football training facility in Fukushima used as an operations base for workers who battled the 2011 nuclear crisis.

The official website of Tokyo 2020 still features a video posted before the Coronavirus crisis, showing a suggested pose for torchbearers called “Connecting with each other".

It shows Paralympian Aki Taguchi and actress Satomi Ishihara demonstrating a move which ends with them very close, with their arms around one another.