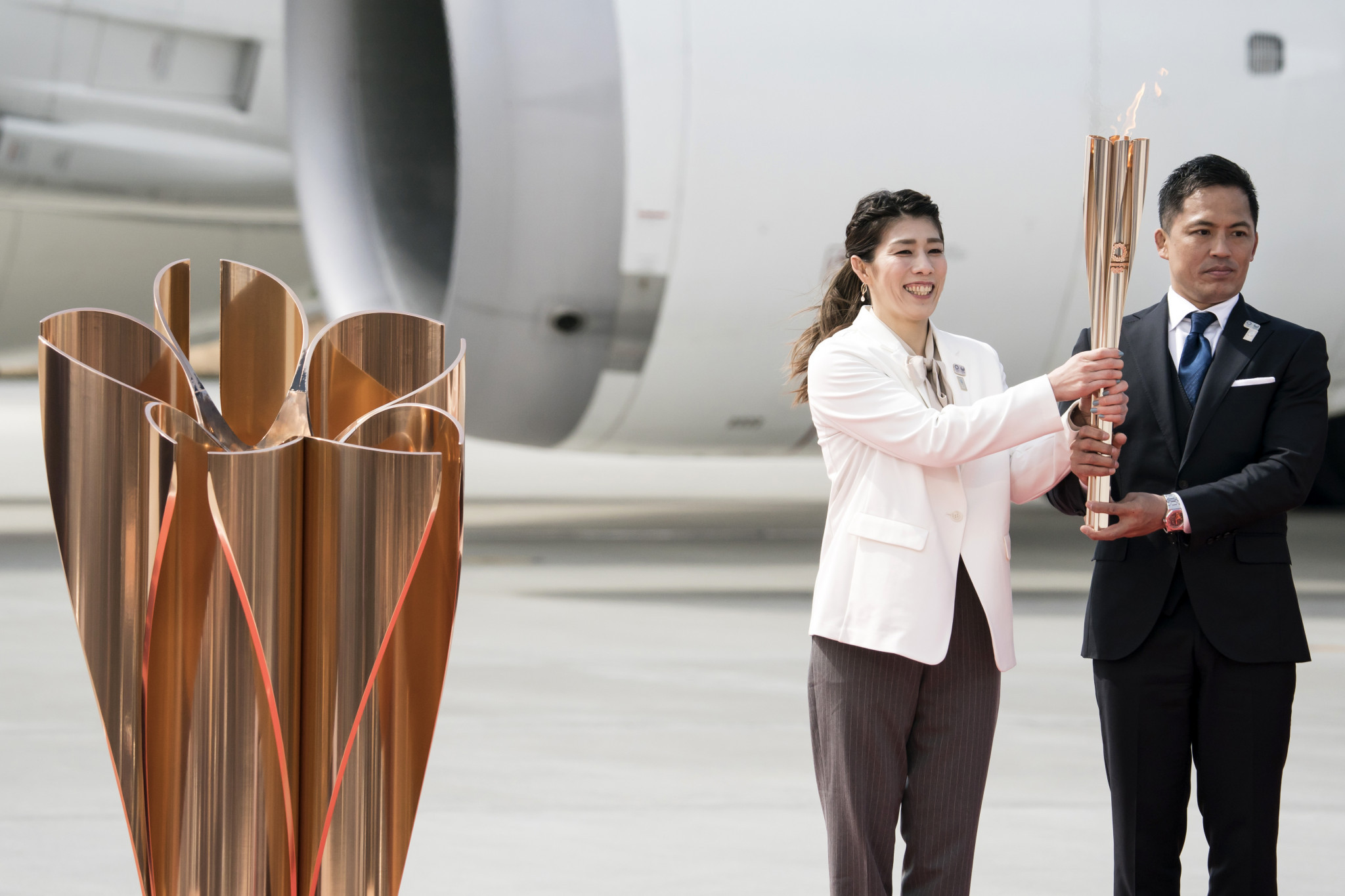 Strong gusty winds greeted the Tokyo 2020 Olympic Flame as it arrived on Japanese soil in a very low-key ceremony at Matsushima Air Base in the prefecture of Miyagi.

Both had originally been chosen to collect the Flame in Athens, but at the eleventh hour their journey was cancelled as part of the precautionary measures against coronavirus.

"Now is a time with many difficulties, but I hope this torch relay will be able to deliver cheer and hope to everyone."

The pair had collected the Flame in a safety lantern at the top of the aircraft - Tokyo 2020 Go - which had flown from Athens.

The celebration cauldron has been lit. 🔥

This was then handed to Tokyo 2020 President Yoshirō Mori, accompanied by Japanese Olympic Committee President and 1984 Olympic judo champion Yasuhiro Yamashita, who accompanied the party through a guard of honour to the stage, where they were greeted by the Torch Relay ambassadors including Takeshi Tomizawa and Mikio Date - better known as comedy duo ‘’Sandwich Man” - actress Satomi Ishihara and Paralympian Aki Taguchi.

The ceremony was to have included a performance by local schoolchildren but this was cancelled in a decision that Tokyo 2020 chief Mori called “heartbreaking”.

After the cauldron was ignited, the Blue Impulse aerobatic team trailed smoke in the colours of the five Olympic rings but local sources reported that the strong winds made them disappear quickly.