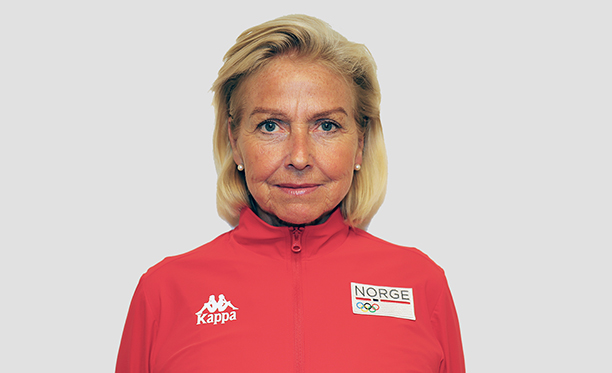 The Norwegian Olympic and Paralympic Committee and Confederation of Sports (NIF) has written to the International Olympic Committee (IOC) President Thomas Bach to request the Tokyo 2020 Olympic Games does not take place before the coronavirus situation is under firm control on a global scale.

The letter was written to the IOC by the NIF President Berit Kjøll and secretary general Karen Kvalevåg.

Kjøll said it is “neither justifiable nor desirable to send Norwegian athletes to the Olympics or Paralympics in Tokyo until 2020 before the world community has put this pandemic behind them”.

She requested the IOC keep NOCs well informed about milestones leading up to a final decision.

Kjøll stressed that regardless of the final decision taken by the IOC, the organisation adding it would undertake independent national assessment related to its athletes participation at the Olympics and Paralympics.

"The Norwegian NOC is concerned about the COVID 19-pandemic and the public health situation both nationally and internationally," the letter reads.

"The situation in many parts of the world is complex, challenging and dangerous.

"The Norwegian NOC monitors the planning of the Olympic Games 2020 in Tokyo on a day to day basis.

"We understand and respect that the situation is indeed very complicated for the Japanese health authorities, the OCOG and the IOC.

"We trust that the advice from the Tokyo 2020 Task Force is of the highest medical standard and has the safety of the athletes as the overall priority.

"With respect to the Olympic Games 2020 in Tokyo, we, like the IOC, are all concerned about the health and safety of athletes.

"In the light of the challenging situation we all face, we would appreciate if the IOC could give us insight on the central milestones in the process leading up to the final decision on Tokyo 2020.

"Our clear recommendation is that the Olympic Games in Tokyo shall not take place before the COVID-19 situation is under firm control on a global scale."

The Norwegian NOC highlighted that the country's Government had banned organised sporting activities when introducing measures to halt the spread of coronavirus on March 12.

The organisation said it supported the Government's stance, but highlighted how this raised concerns over fair play with athletes unable to train for the Games.

Several National Olympic Committees have expressed support for the IOC's position to press ahead with plans for the Games.

This comes despite pressure increasing on the IOC in the past week to postpone the Games.

Calls have been made to delay the Games due to uncertainty over qualification for Tokyo 2020, as well as athletes being unable to train as some countries have been locked down by Governments to curb the spread of the virus.

The wisdom of the IOC’s commitment to Tokyo 2020 amid a global health crisis has also been questioned.

IOC President Thomas Bach, has told the New York Times that the organisation was considering alternative scenarios but would not speculate on the future of the Games in Tokyo.

"We don’t know what the situation will be,” he said.

"Of course we are considering different scenarios, but we are contrary to many other sports organisations or professional leagues in that we are four and a half months away from the Games.

"They are even more optimistic than we are, because most of them have postponed their events until April or the end of May.

"We are talking about the end of July."

Bach has repeatedly insisted the IOC are following the advice of experts, such as the World Health Organization, to ensure the health of athletes.

Around 275,000 coronavirus cases have been reported worldwide, with over 11,000 deaths confirmed.