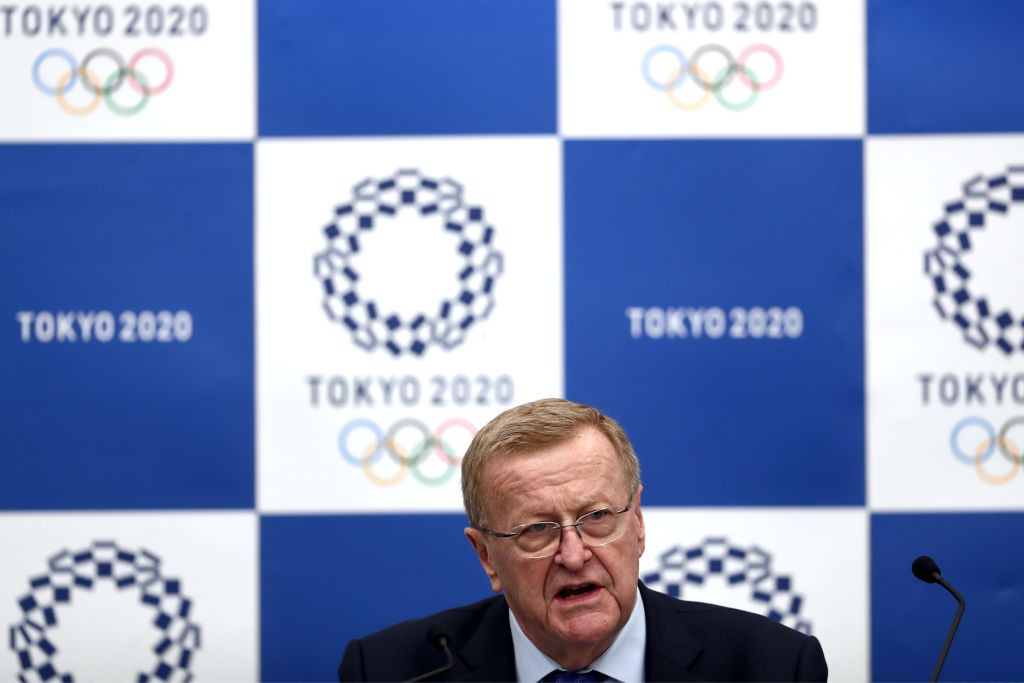 Senior International Olympic Committee (IOC) official John Coates has claimed the organisation is not "underplaying the challenge" posed to Tokyo 2020 by the coronavirus pandemic after meeting with President Thomas Bach in Lausanne.

Coates, the head of the Coordination Commission for Tokyo 2020, will self-isolate for two weeks after landing back in Australia from Lausanne, where he discussed the COVID-19 outbreak and its impact on the Olympic Games with Bach.

The virus, which has killed more than 6,500 people and infected over 170,000 worldwide, has fuelled suggestions this year's Games could be cancelled or postponed.

In an interview with The Australian newspaper, Coates refused to veer away from the stance of the IOC and Tokyo 2020 that the Games will open as planned on July 24.

He promised flexible rules for athletes after the virus forced the cancellation of numerous qualification events.

"No-one is underplaying the challenge, but the challenges are all matters we should be able to address," Coates told The Australian.

"I had dinner with Thomas Bach last night, we had meetings, made phone calls from his office on Friday (March 13), there's confidence in the Japanese and he has given me instructions to make sure we are as flexible as possible with amending qualification rules for federations.

Coates – who will self-isolate for 14 days as part of Australia's border controls after visiting Lausanne and Greece for the lighting of the Tokyo 2020 Torch – insisted the IOC was regularly updating National Olympic Committees and International Federations amid growing international concern over the spread of the virus.

"What pleases me, while some are being critical, some of these (COVID-19) countermeasures weren't introduced earlier, in Europe particularly, at least it means they are being introduced, athletes and populations are being protected in these countries," Coates added.

"I think it is a very good move, that containment that has taken place, we have four months to go on this, you know.

"We have full confidence in their ability."

The Australian Olympic Committee boss also said the IOC having until May to take a decision on whether the Games go ahead – providing a call needs to be made – was solely the opinion of the body's doyen Richard Pound.

Pound told the Associated Press the IOC would have to decide if the virus is "under sufficient control that we can be confident about going to Tokyo or not" by that time.

"The IOC didn't recognise any dates that Dick came up with and I think Dick backed off that as well," Coates said, according to the Sydney Morning Herald.

"It's never been the IOC's position.

"It was Dick’s idea.

"It's all proceeding to start on the 24th of July."