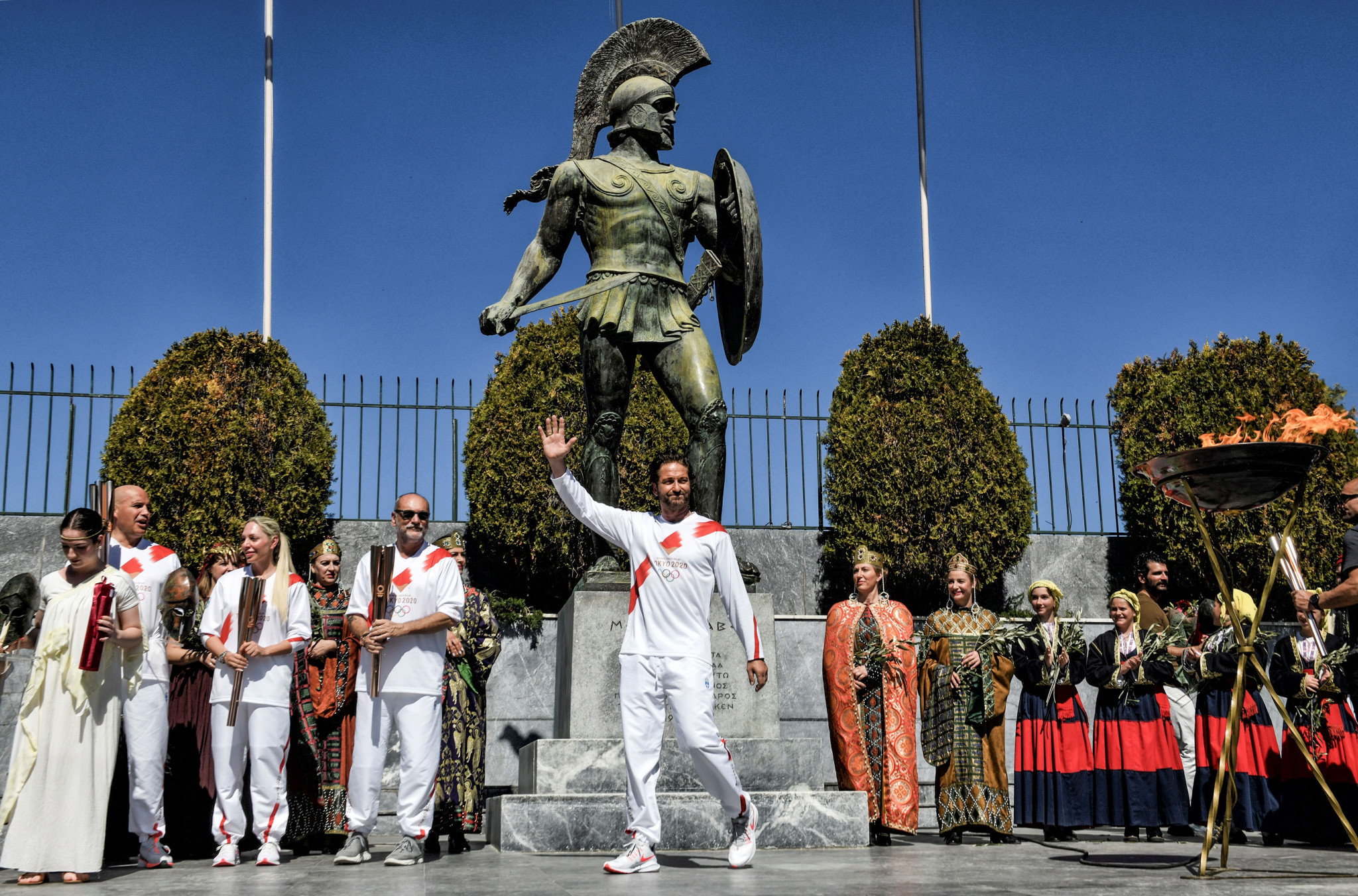 The Greek portion of the Tokyo 2020 Olympic Torch Relay has been cancelled after what organisers have described as "unexpectedly large crowds" gathered when the flame visited Sparta this morning - but organisers insist the procession will go ahead "safely" in Japan.

Organisers also maintain that the handover ceremony will go ahead at the Athens Panathinaiko Stadium next Thursday (March 19) but it will be held without public attendance, with similar arrangements in place to those at the Flame lighting ceremony in Olympia yesterday.

A Hellenic Olympic Committee (HOC) statement said: “Despite strong recommendations to the public not to focus on the ceremony in the flame crossing cities, the HOC took the difficult but necessary decision to cancel the rest of the programme on Greek soil.

Hollywood Actor Gerard Butler did carry the flame in Sparta before the cancellation.

He had been invited by the city to do so as part of the celebrations for the anniversary of the Battle of Thermopylae in 480 BC.

Butler portrayed the heroic Spartan King Leonidas in the film.

Despite this setback in Greece, Tokyo 2020 organisers remain confident that the Torch Relay can go ahead as planned once the Flame is on Japanese soil.

“Tokyo 2020 will bring the Olympic Flame back to Japan, and in line with the countermeasure policy set by the national government, we will work closely with all municipalities and related organisations in Japan to ensure the Olympic Torch Relay safely begins on March 26", a statement said.

“The IOC [International Olympic Committee] and Tokyo 2020 have also reconfirmed today that both parties will continue to stay in close collaboration with all relevant organisations as we prepare to deliver a safe and secure Tokyo 2020 Games opening on 24 July 2020 as planned.”

The IOC also released a statement on the matter, saying it "confirms its full commitment to the Olympic Games Tokyo 2020."

It also read: "We fully understand the decision taken by the Hellenic Olympic Committee (HOC) in association with the Greek Ministry of Health to cancel the Greek leg of the Olympic Torch Relay."

This is the only the third time that a relay to Athens for the summer Games has not been completed.

In 1948, civil disturbances in Greece forced organisers to take the London Flame to the port of Katakolo near Olympia where it was carried by ship to Corfu and then the Italian mainland.

In 1984, the Flame was flown by helicopter to Athens and then to New York after a dispute between Los Angeles representatives and HOC officials over a plan to sponsor specific legs of the relay.

The coronavirus pandemic has cancelled or postponed scores of sporting events on all six populated continents, but Tokyo 2020 organisers insist they are still planning for the Games to happen as planned.