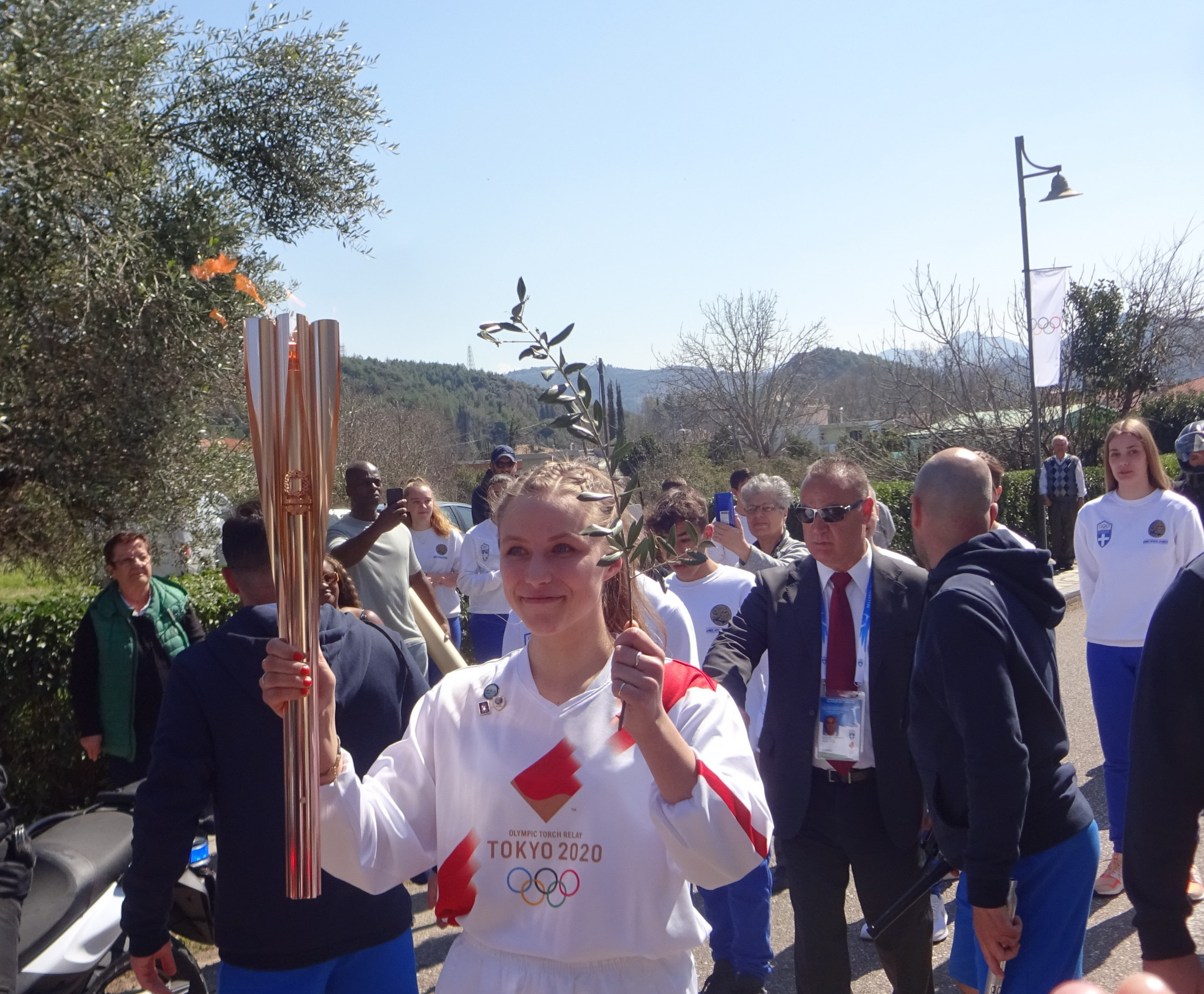 For one runner, the opportunity to carry the Tokyo 2020 flame came unexpectedly today after a place became vacant following the coronavirus outbreak.

Gretchen Helpenstell carried the Torch in a symbolic moment which delighted locals here following the lighting of the Olympic flame today.

She was visiting Ancient Olympia with a party from the American city of Olympia, Washington, which is hoping to establish closer ties with their Greek namesake.

"I am from Olympia, Washington and we travelled to discuss a possible sister-city relationship with Ancient Olympia," she told insidethegames.

"We sat down to meet the Mayor in a very interesting meeting.

"Towards the end, part of their group left the room and when they came back they announced I was going to participate in the Relay."

Helpenstell was given her chance after one of the runners from Japan was unable to travel to Greece.

"It was really so disappointing for them," she said.

"I am just grateful that I had the opportunity.

"It was unexpected and I will forever remember this moment."

The Relay convoy had reached the outskirts of the village when her moment to carry the flame arrived.

"It was thrilling, heart racing, and very powerful at the same time," she said.

"When it approached, I had an interesting sense of calm.

"I was not expecting that, I thought I would be a lot more nervous and shaky, it just felt like such a presence was being handed over and I felt I was able to carry it through while at the same time going a little numb.

"I wasn't paying attention to how far I had left in my 100 metres, all I could do was look forward and be told when to stop."