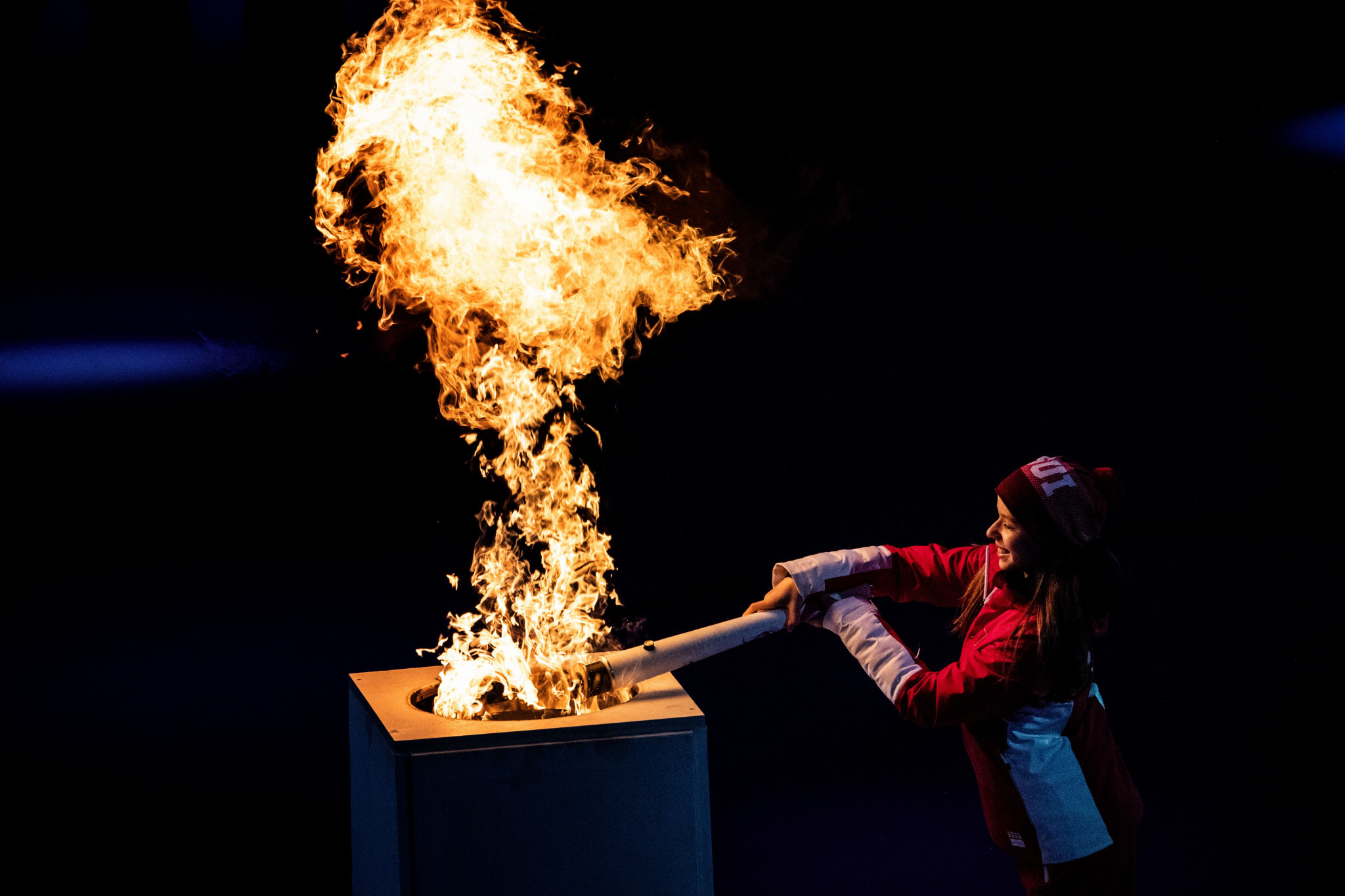 The Olympic flame will be greeted with a display by the elite Blue Impulse aerobatic team when it touches down in Japan on March 20.

The jets will trace the five Olympic rings in the sky in celebration of the arrival of the flame.

It is a moment which will bring back memories of 1964 when in a similar performance, the rings were created at the Tokyo Opening Ceremony.

Next month’s welcome ceremony will take place at the Japan Air Self-Defense Force (JASDF) base at Matsushima in the Miyagi prefecture.

The celebrations will also feature some 200 children from the cities of Ishinomaki, Matsushima and Onagawa.

They will escort the flame as a ceremonial cauldron is lit at the base.

The JASDF central band will provide the music which will include a performance of the Tokyo torch relay anthem “Hope Lights our way.”

The flame arrives on a special flight from Athens on an aircraft which has been named Tokyo 2020 Go in commemoration of the Relay, and will be carried from the plane by two Japanese triple Olympic champions who both tasted glory on Greek soil.

“I am very honoured to take an important role in bringing the flame which is a symbol of the Olympics from Japan to Greece," said judoka Tadahiro Nomura who won the third of his lightweight titles at Athens 2004.

"I devoted my life to competing at the Olympics which is a special stage and Greece brings back a lot of good memories.

"I would like to fulfil my great responsibility with pride and joy of delivering the Olympic flame which will be lit in Ancient Olympia with my own hands.”

Nomura will be joined by freestyle wrestler Saori Yoshida, who won three successive gold medals at lightweight and added a featherweight silver medal at Rio 2016 when she captained the Japanese team.

Back in 2016, she received the ceremonial Olympic handover flag at the Closing Ceremony in Rio.

“When I brought back the flag, I was very excited to welcome the Olympics," said Yoshida.

"I retired from wrestling afterwards but now I brace myself for this important honour.

"I hope to run with the flame somewhere and look forward to seeing the moment of lighting the Olympic cauldron in the new Olympic stadium.”

The ceremony will be subject to the weather.

Back in 1964, the arrival of the flame was delayed when the official plane “Spirit of Tokyo“ suffered typhoon damage as it arrived in Hong Kong en route for Japan.