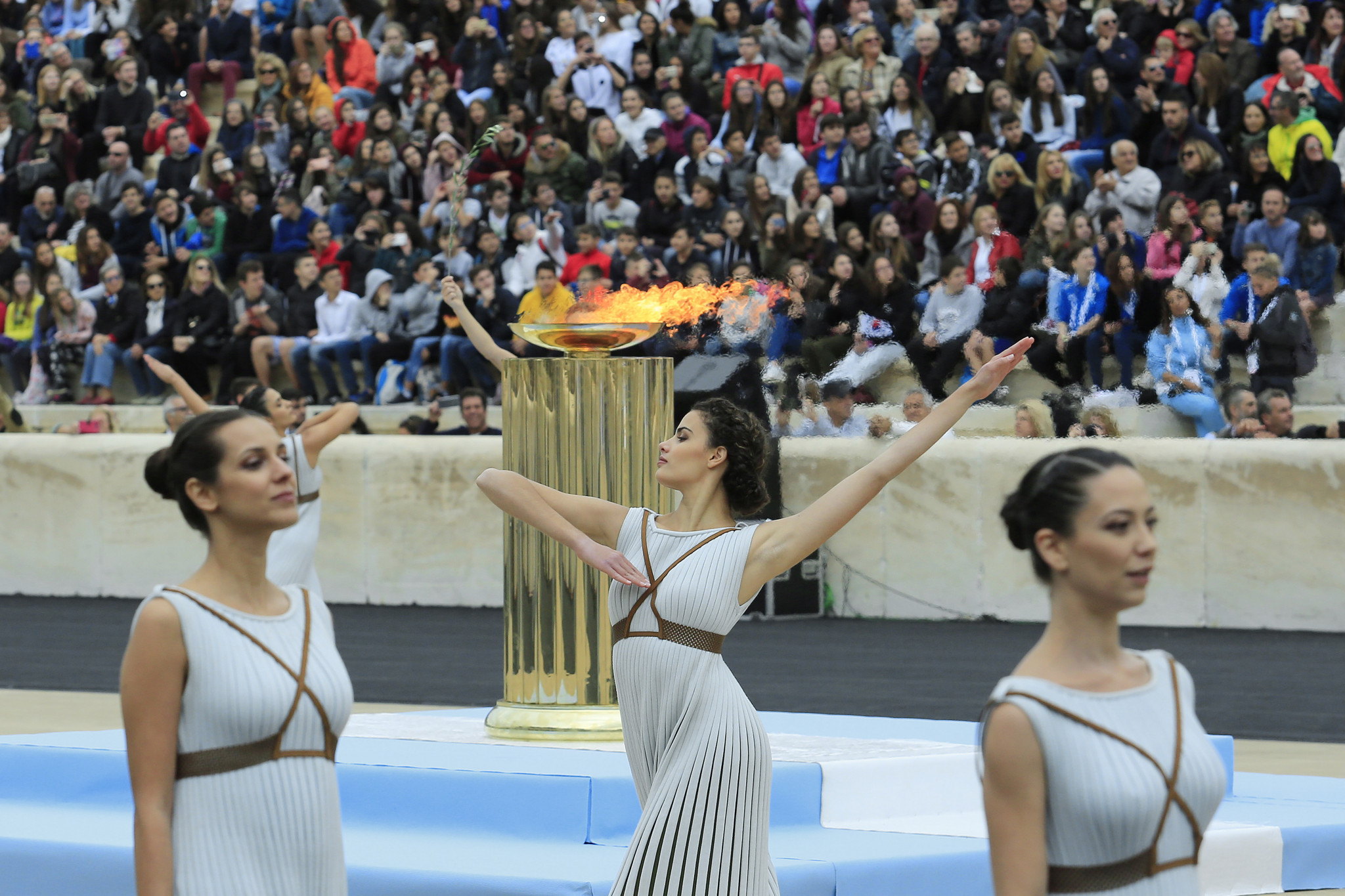 A rehearsal at Chiba’s Makuhari Messe Convention Center on the outskirts of Tokyo has given a taster of a segment, expected to last 10 minutes.

The full segment is due to be presented at the Panathenaic Stadium in Athens on March 19 -  when the flame is formally presented by Greek Olympic officials to the delegation from Tokyo 2020.

The Japanese performance has been described as “a fusion of tradition and innovation” by Japanese agency Kyodo News.

It has been designed by dancer and producer Hiroyuki "Hiro" Igarashi, the leader of “Exile”.

It is expected to involve around 140 schoolchildren and combines a variety of dance forms from Japanese festivals, Shinto ritual and modern street dance.

"The kids have a lot of energy," Hiro said.

The dance will tell the story of how the flame, kindled from the rays of the sun, becomes the light of hope for the future.

Inspired by Greek and Japanese mythology, the children will wave red and yellow flags during their performance.

“My main goal is to have the kids who are Japan’s hope for the future express the concept for the Tokyo 2020 torch relay, ‘Hope Lights our Way' Hiro said.

The Athens handover is always an emotional moment which features the arrival of the flame after a tour of Greece.

Bearers will include Greek Olympians and participants from Japan.

It takes place a week after the flame is kindled in Ancient Olympia from the rays of the sun.

The date of the lighting has been deliberately chosen to commemorate the tsunami which struck Japan in 2011 with devastating results.

The priestesses who perform at the lighting will also dance in Athens.

In recent years the choreography has included a reference to the host city.

In 2016 the dance included a popular ‘’Cidade Maravilhosa” originally written for the carnival in Rio de Janeiro.

It was immediately acknowledged by the Brazilian spectators in the stadium.

Whatever the performance holds, organisers will be hoping the weather plays its part.

In 2012, The Princess Royal and David Beckham sheltered under umbrellas as rain poured during the handover ceremony for London.