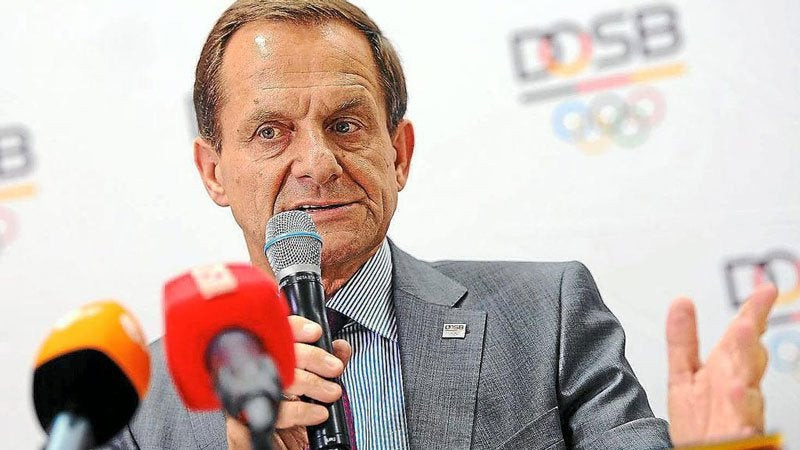 German Olympic Sports Confederation (DOSB) President Alfons Hörmann has described the coronavirus currently sweeping across China as the “greatest threat” to the this year's Olympic and Paralympic Games in Tokyo.

The outbreak of coronavirus, which has now infected at least 4,500 people around the world and killed 106 people in China, has already forced a number of sporting events to be moved from the country.

Hörmann described the crisis as the "greatest threat" to Tokyo 2020 at a Chinese New Year’s celebration at Frankfurt’s Römer, as reported by Spox.

"This is a serious problem because there is no other area in life that lives more from international exchange than sport," Hormann said.

He did point out there had been a similar situation before the Rio 2016 Games with the spread of zika, however, and this was solved.

The Japanese Government today confirmed the first case of coronavirus in the country, a bus driver who drove two groups of Chinese tourists from Wuhan last month.

Seven people in Japan are now known to have been infected.

The International Basketball Association announced its Women's Olympic Qualifying Tournament for Tokyo 2020 is to be moved from Foshan in China to Belgrade in Serbia, while the Women’s Olympic Football Tournament Tokyo 2020 Asian Qualifiers Final Round - Group B has been moved out of China to Sydney in Australia.

Chinese ice hockey clubs from the Supreme Hockey League have been told to play their home games in Russia due to the outbreak of coronavirus.

World Athletics are facing increased pressure to make a swift decision on the future of the World Athletics Indoor Championships, due to take place in Nanjing in China in March.