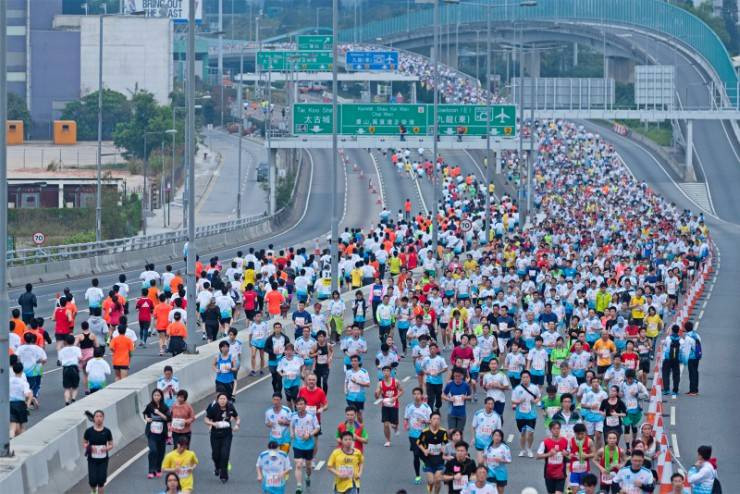 This year's Hong Kong Marathon has been cancelled because of fears over the coronavirus outbreak, it has been announced.

Hong Kong leader Carrie Lam Cheng Yuet-ngor has declared the highest level of emergency in response to the outbreak, raising it from the previous state of "serious", leading to the race on February 9 being abandoned.

The event had already attracted a full quota of 74,000 participants who were due to be running in Kowloon and Hong Kong Island in three different events - 10 kilometres, half-marathon and the full marathon.

All the entrants will have their entry fees returned.

"To support the Government’s epidemic prevention efforts, the organiser has decided to cancel the Standard Chartered Hong Kong Marathon originally scheduled for 8 and 9 February."

The Marathon is the biggest participation event in Hong Kong but organisers had already dialled down publicity for this year's race because of the anti-Government protests that have been taking place in the territory.

Hong Kong today confirmed its sixth case of the coronavirus, a Hong Kong man who had travelled to Wuhan and returned to Hong Kong showing fever symptoms, the South China Morning Post reported.

The man is the second Hong Konger among the six cases that have been confirmed in the city so far.

More than 100 others are suspected of having the viral pneumonia.

So far, it is estimated that more than 2,000 people have contracted the virus.

At least 56 people have died from the virus.

China's Health Minister Ma Xiaowei has admitted the ability of the virus to spread appears to be strengthening.

The Chinese Government has ordered the shutdown of a number of tourist attractions to try to control the spread of the deadly virus that has infected hundreds of people across the country.

A range of Lunar New Year festivities have been cancelled to try to contain the virus, which started in Chinese city Wuhan.

Wuhan was due to host two major Olympic qualifying events next month but both have now been moved.

The Asian Football Confederation, meanwhile, moved one of its qualifiers for the women's tournament at Tokyo 2020 from Wuhan to Nanjing, 550 kilometres away.