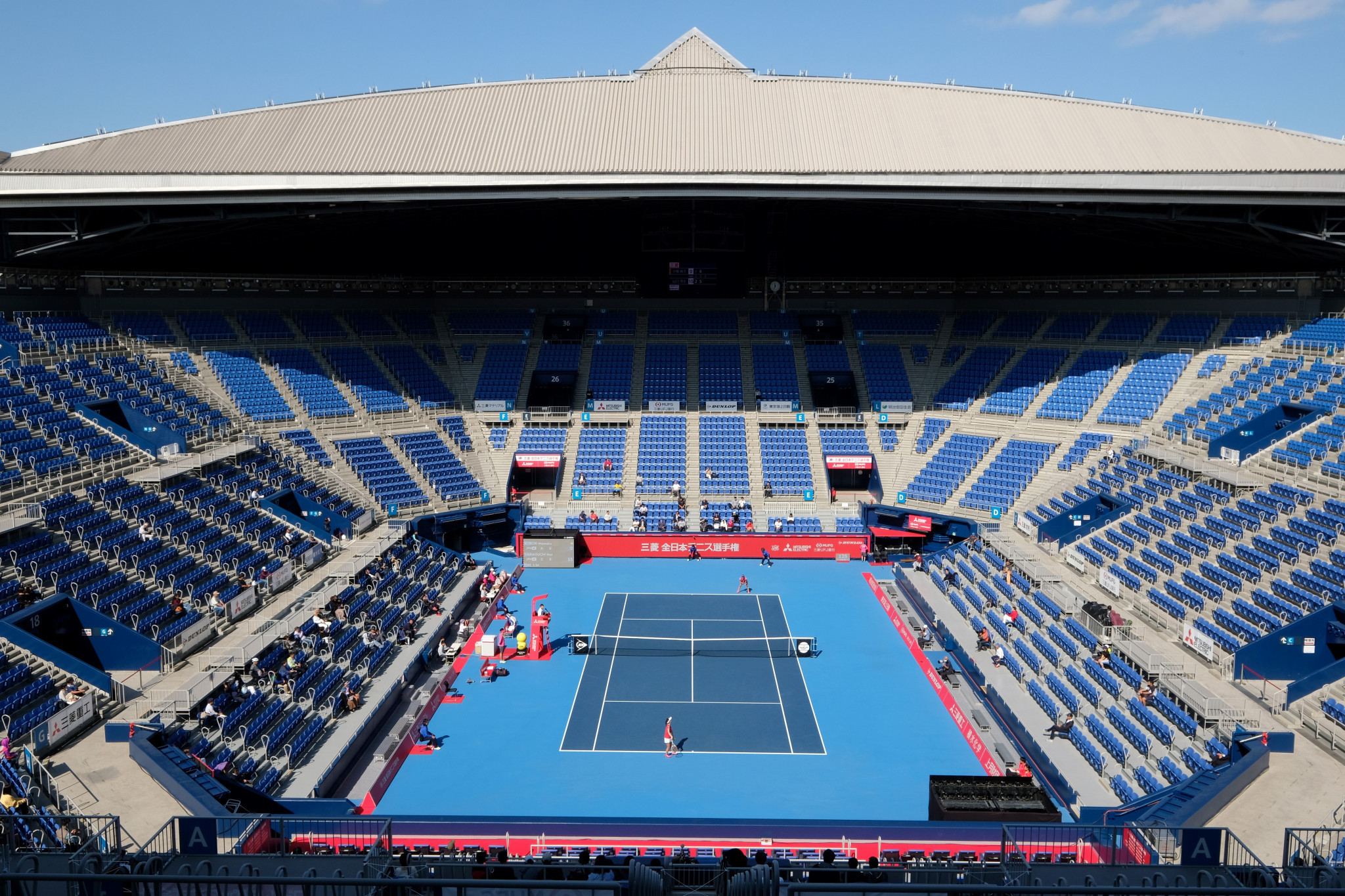 The International Tennis Federation (ITF) have given a positive assessment of progress at the Ariake Tennis Park, as their Olympic and Paralympic test event concluded.

The venue hosted the annual Mitsubishi All-Japan Championships, giving the ITF the opportunity to review facilities and operations.

The Ariake Tennis Park boasts 48 outdoor tennis courts and the Ariake Coliseum, which will be the main court for the Olympic and Paralympic Games.

Both the Ariake Coliseum and a new court one were used during the test event.

"Clearly a huge amount of progress has been made," Dent said.

"Centre court is looking fantastic, all the auxiliary facilities that are required, particularly the indoor tennis centre, are up and exactly how we need them.

"A lot of it is good for legacy, you can see how the tennis centre itself, which is a public, community-based tennis club, is going to have a pretty enhanced offering after the Games, and that's very important.

“As well as the on-court test event itself, in terms of the things we're trying to achieve, we're looking at how the backroom facilities are working, where there are areas that need to be adjusted, and where we need to put the contingencies in place."

Japan's wheelchair tennis stars Yui Kamiji and double Paralympic Games gold medallist Shingo Kunieda were among those in action at the test event.

"It all looks very good, I like it - it's like a very Japanese style of doing things carefully," Kamiji said.

"The organisers care about many details, and they ask me and some other wheelchair players many questions about what we need, and they try to improve more, they want to make people feel welcome."

The venue will have a capacity of 19,900 for the Olympic Games, where singles and doubles competitions will be held on the hard courts from July 25 to August 2.

Wheelchair tennis is from August 28 to September 5, with a capacity for 19,400 spectators.