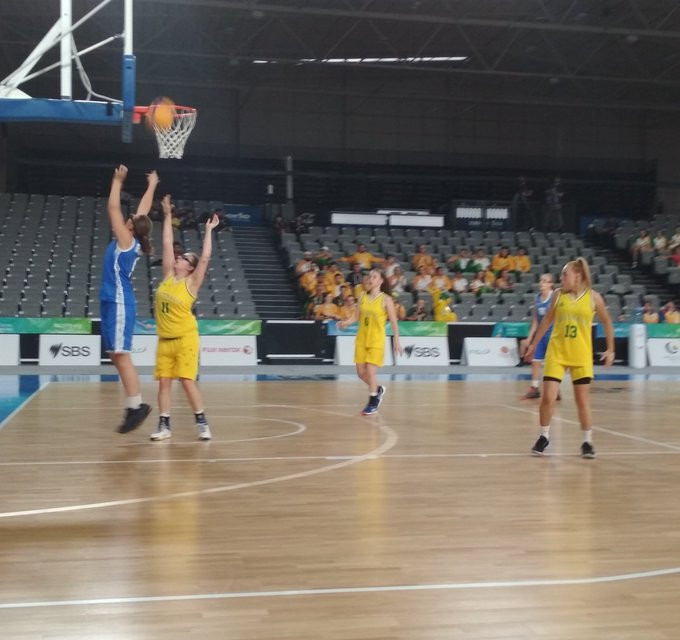 Australia lost in the final of both the men and women's basketball competitions on the final day of the International Federation for Athletes with Intellectual Impairments (INAS) Global Games in Brisbane.

The men's side were beaten 94-68 by Portugal at Queensland State Netball Centre, with France completing the podium after an 88-48 victory against Poland.

Australia Gold were narrowly defeated 14-13 by Japan in the women's competition, also having to settle for silver.

Australia Green received the bronze medal for a 12-7 win against France.

Track cycling at Anna Meares Velodrome brought the Global Games to an end, with Erick Sarango of Ecuador and Lauren Booth of Britain both claiming three gold medals each.

He then topped the podium in the men's pursuit, with Viera de Carvalho again finishing with silver and Jeremy Teixeira Pereira of France the bronze medallist.

It was the same line-up in the men's time trial, in which Sarango earned his third gold medal of the competition.

Booth was victorious in the women's time trial and pursuit, with compatriot Kiera Byland taking silver and Annaliese Hodge of Australia finishing with bronze in both events.

A third gold for Booth came in the women's sprint when she overcame Irina Nikitina of Russia, while Byland received bronze.

A Closing Ceremony at Queensland State Netball Centre marked the end of the event, which saw nearly 1,000 athletes from 50 countries competing in 10 sports.