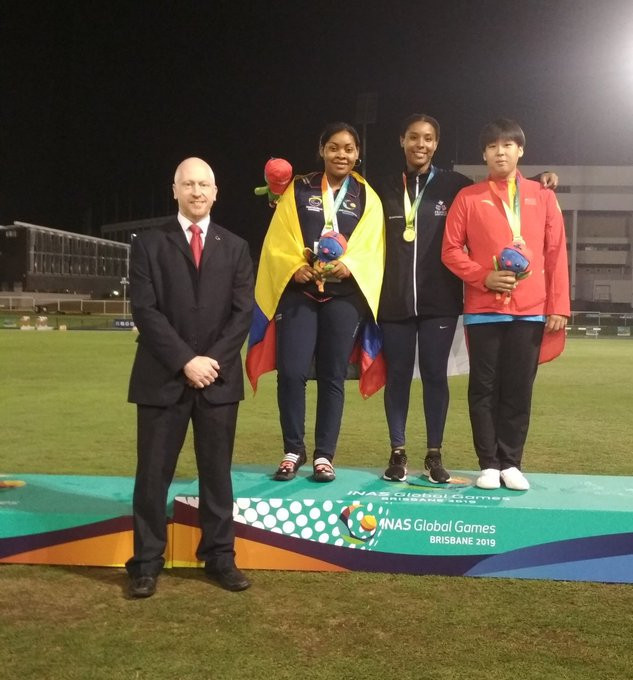 Ecuador's Poleth Mendes was the silver medallist with 43.15m, while China's Yang Zhao took the bronze with 37.63m.

There was also success for France in the women's 100m T20 II1 event, which saw Nawa Adama triumph in 13.17sec.

Among the other standout performers in athletics was Cape Verde's Gracelino Barbosa, the winner of the men's 400m hurdles in 55.56.

Australia's Edward Parker was the runner-up in 58.27, while Brazil's Samuel Dias Conceição rounded off the podium in 59.49.

Congratulations to the boys from Hong Kong who have just smashed the WPS in the 4x100 metre medley II1 🤯🙌. What an incredible race!! #Brisbane2019 #INASGlobalGames

Over at the Brisbane Aquatic Centre, Hong Kong smashed the World Para Swimming (WPS) record in the men's 4x100m medley II1 with a time of 4:11.71.

Compatriot Cheung Ho Ying was the silver medallist in 2:40.38, while Japan's Moem Kinoshita took bronze in 2:45.10.

Also breaking a trio of records was Australia's Liam Schluter, who clocked a blistering time of 16:41.40 in heat two of the men's 1,500m freestyle II1.

She posted a time of 33.93 in the preliminaries, then 33.48 in the finals, with Brazil's Debora Carneiro the runner-up in 36.38 and Australia's Paige Leonhardt rounding off the podium in 37.12.