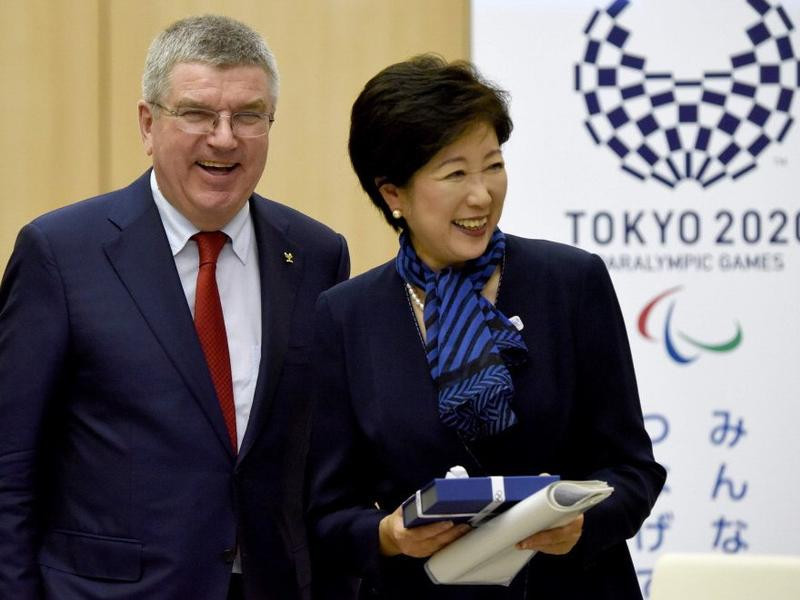 Tokyo Governor Yuriko Koike has expressed surprise at the International Olympic Committee's (IOC) "abrupt" announcement that the marathon and race walk events for next year's Olympic Games would be moved from the Japanese capital to Sapporo.

The IOC revealed the decision to relocate the races to Hokkaido, the northernmost prefecture of Japan and located 800 kilometres north of Tokyo, meaning significantly lower temperatures for the athletes during the Olympic Games as a reaction to extreme heat concerns.

IOC President Thomas Bach cited athlete welfare as the reason behind the move but Koike's surprise reaction suggested a disconnect between the IOC and the 2020 Olympic and Paralympic Games host city.

"Of course, the athletes-first approach is extremely important.

"And, the Tokyo Metropolitan Government, in partnership with the Tokyo 2020 Organising Committee, has taken a variety of approaches to formulating steps and implementing measures to combat heat.

"The marathon and race walking courses and start times were determined by the host city, Tokyo, and the Tokyo 2020 Organising Committee in consultation with the IOC, International Federations, and related groups.

"Therefore, we are very surprised to learn of this sudden change in direction."

Further doubt over how much Japanese officials had been involved in the decision was cast by Toshiaki Endo, a special representative from Tokyo 2020 President Yoshirō Mori, when addressing the Association of National Olympic Committees General Assembly in Doha.

Endo told delegates, including Bach, that they wanted to discuss the "proposal" and made it clear they did not consider it the done-deal the IOC were presenting it as.

Koike claimed local municipalities had been working hard on delivering the marathon and race walks in Tokyo, with the start times being pushed forward to 6am and a special coating of road surfaces to reduce temperatures along the marathon route.

She promised the Tokyo Metropolitan Government remained committed to hosting the events in the city and planned further discussions with the IOC.

"We will respond by working with local municipalities and others as we head into discussions to be held at the IOC Coordination Commission meeting at the end of this month," said Koike.

Concerns over the heat at Tokyo 2020 have grown, after more than 50 people died in the city in July after temperatures of 40 degrees.

The decision to move the marathon 800 kilometres north to Sapporo follows just weeks after 28 women withdrew from the International Association of Athletics Federations World Championships marathon in Doha due to extreme heat.