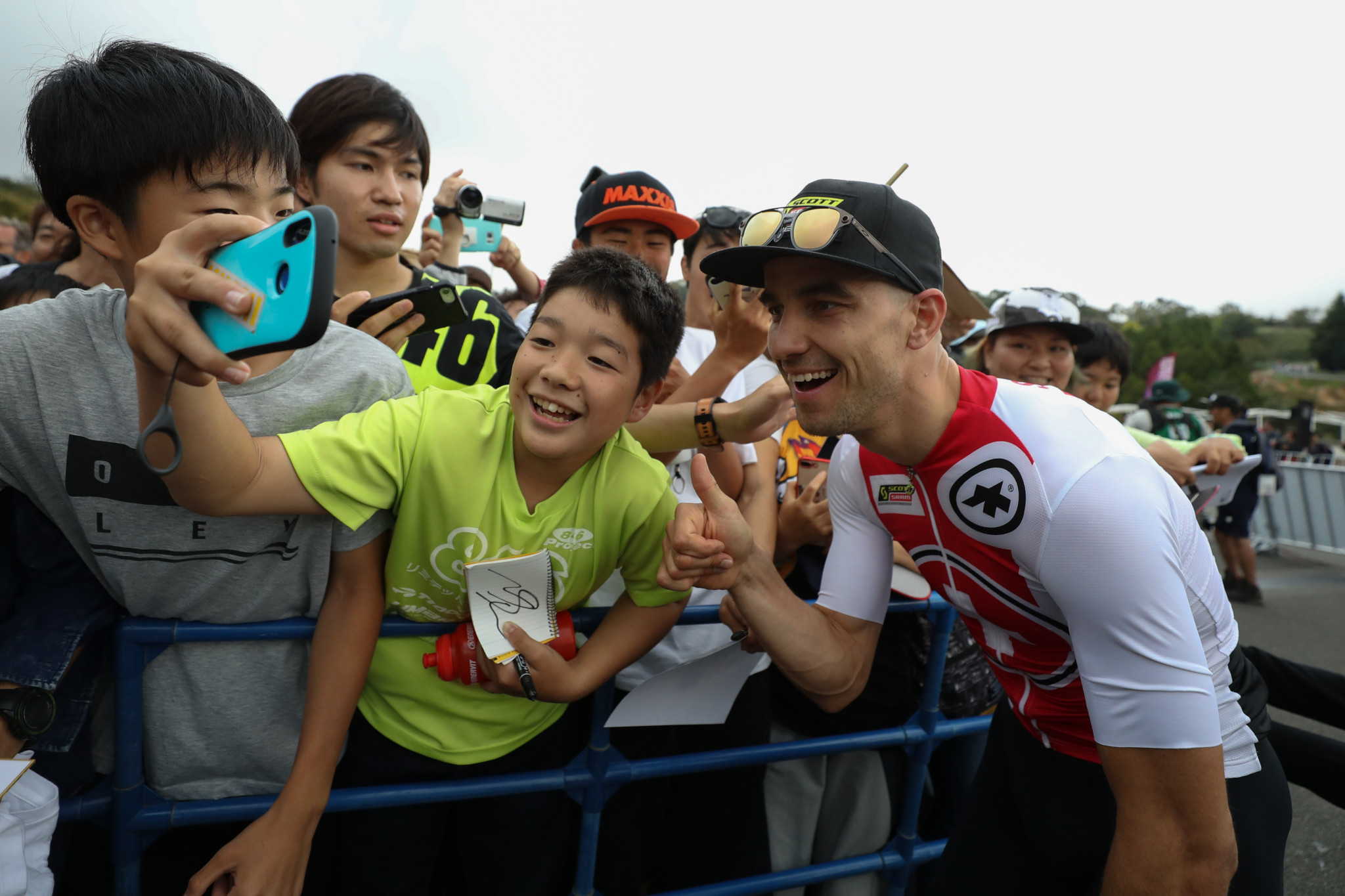 The Swiss star emerged as the winner of the men's cross-country race in Izu.

It was the first major test of the four-kilometre mountain bike course, which organisers say features several steep climbs and single-track descents.

Schurter claimed the course was a challenging one, as he builds towards the defence of his Olympic title next year.

"Winning the Tokyo 2020 test event is the perfect season end and already a great motivation for next year's Olympic Games," he said.

"I love the challenging track in Tokyo, and it suits my riding style also quite well.

"On that track everything is possible."

The 33-year-old has a full set of Olympic medals after winning bronze at Beijing 2008 and silver at London 2012.

The 11-time world champion had seen off the challenge of France's Victor Koretzky and Italy's Luca Braidot in a close race.

As with all Olympic test events, the competition was held under the Ready Steady Tokyo banner.

Only 1,000 people were allowed to attend after winning a lottery organised by Shizuoka prefecture.

Tokyo 2020 promise the course features a viewpoint where Mount Fuji can be seen.

A decision was reached to hold track cycling and mountain bike events in Izu in 2015.

The International Cycling Union (UCI) had initially been opposed to moving track cycling competitions to Izu for the Olympic and Paralympic Games.

The city is located nearly 150 kilometres outside the Japanese capital.

The next Tokyo 2020 test event will also be a cycling competition, with BMX at the Ariake Urban Sports Park on October 12 and 13.

Izu will welcome another test event next year, with the revamped Izu Velodrome expected to host two days of track cycling action, on April 11 and 12.