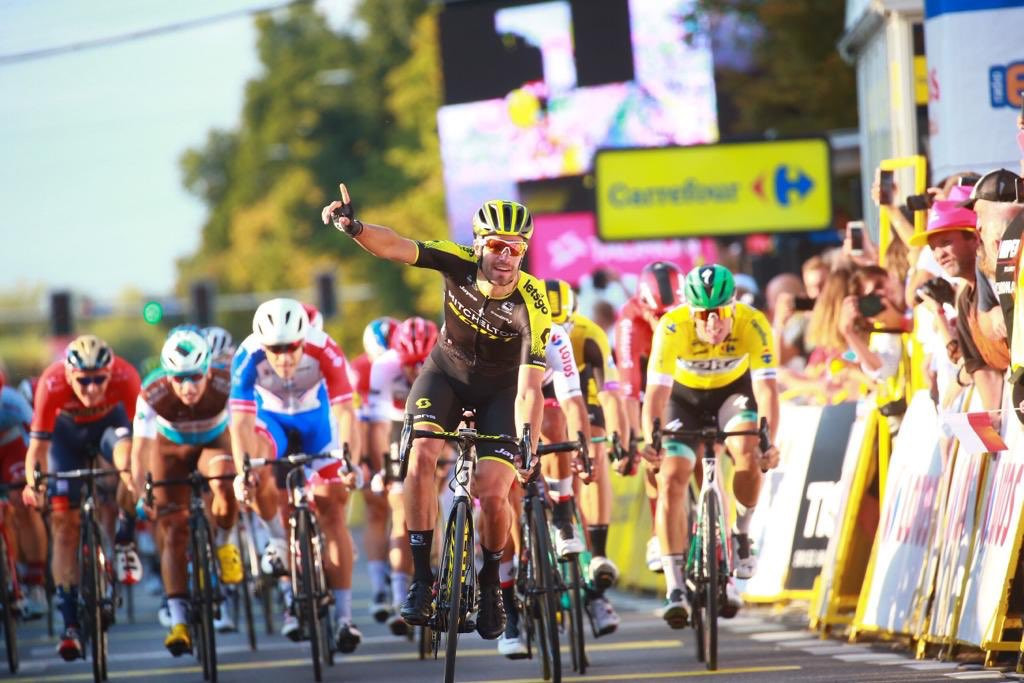 Luka Mezgec has won the second stage of the Tour de Pologne after a frantic sprint finish.

The second day of the International Cycling Union WorldTour event saw the riders race over 153 kilometres from Tarnowskie Góry to Katowice.

It came down to the sprints in the final few kilometres, with Slovenian Mezgec dramatically crossing the line first for the Mitchelton-Scott team.

Ackermann, therefore, maintained the lead in the overall standings for the Bora-Hansgrohe team, with Gaviria two seconds back and Mezgec third overall.

Gaviria looked to have sealed stage victory as he burst through on the right past Ackermann, however, Mezgec stayed on his tail and powered past to cross the line first.

Poland's Pawel Franczak and Dutchman Fabio Jakobsen round out the overall top five, with just 10 seconds separating Ackermann and Jakobsen.

The Tour is due to continue tomorrow with the final flat stage, 155.5km from Silesian Stadium in Chorzów to Zabrze, before the first mountain stage on Tuesday (August 6).