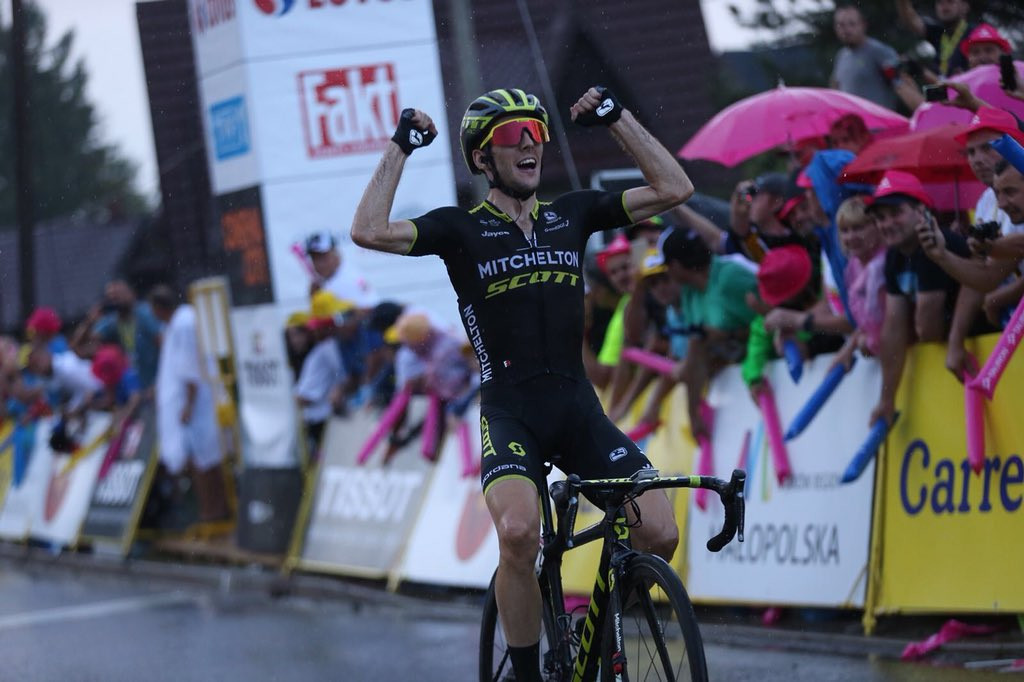 Michal Kwiatkowski clinched a home victory at the Tour of Poland, despite coming under pressure from Britain’s Simon Yates, who triumphed on the seventh and final stage.

Yates launched an attack in the final 10 kilometres of the 136km race from Bukovina Resort to Bukowina Tatrzanska of this International Cycling Union WorldTour event.

The Mitchelton-Scott rider’s offensive on the hilly stage saw him move into the virtual race lead.

It forced Kwiatkowski to chase the Briton as he attempted to defend his overall lead having already exhausted the help of his Team Sky colleagues.

The Polish star delighted the home crowd by closing the gap, aided by several accelerations in the group chasing Yates.

Yates was still able to claim a solo stage victory in a time of 3 hours 37min 17sec.

It marked his first stage win since the Giro d’Italia, where he appeared poised to win the overall title before collapsing to a 21st place finish.

Yates won the stage by 12 seconds from the chasing Thibaut Pinot of France and Italy’s Davide Formolo.

Kwiatkowski crossed the line in sixth place on the stage, the crowd awaiting confirmation he had secured the title.

The Team Sky rider, who had led by 39 seconds at the stage of the day, won the race by 15 seconds from Yates.

The result marked Kwiatkowski’s first victory at his home race, with the Polish national champion’s previous best finish coming in 2012, when he ended second.

Riders, meanwhile, are preparing for the next round of the Women’s WorldTour in Sweden.

The Vårgårda's team time trial is due to take place tomorrow, with teams set to tackle a 42.5km route.

Boels Dolmans, a Dutch registered team, will look to secure their third victory in a row at the event.

A second UCI Women’s WorldTour event is scheduled to follow on Monday (August 13) when a road race will be held in Vårgårda.