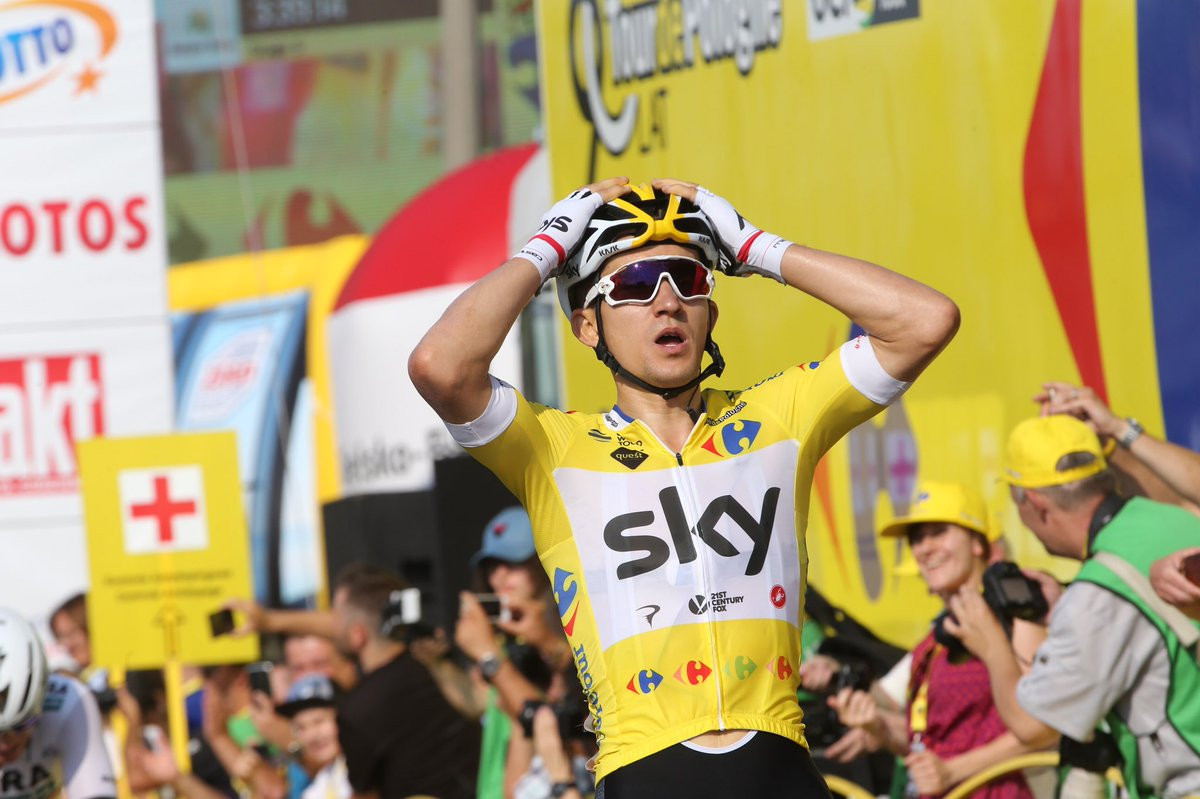 Michal Kwiatkowski secured a second straight stage win to improve his overall advantage at the Tour of Poland in Bielsko-Biała.

The home star and Team Sky rider launched an early sprint and proved too strong for closest overall rival Dylan Teuns for a second successive day at the end of a 152 kilometres stage from Wieliczka Salt Mine.

Enrico Battaglin of Italy and LottoNL-Jumbo came through for third.

Germany's Pascal Ackermann of Bora-Hansgrohe was only fourth - a surprise considering his sprinting credentials - although he had done well to make it over the day's climbs.

That was a hard finish. Maybe I started to early, but just could not wait, that would make it easy for Pascal Ackermann. In the end I saw Dylan Teuns very closed and gave it all. Tired but happy. So happy 😀 @TeamSky @Tour_de_Pologne
📷 @GettySport pic.twitter.com/1g6Lbsy3ZD

Kwiatkowski's bonus points meant he extends his overall lead to 12 seconds over Teuns, the Belgian rider from BMC Racing Team.

Tomorrow will mark another testing mountain stage over 130km from Zakopane to Bukovina Resort.