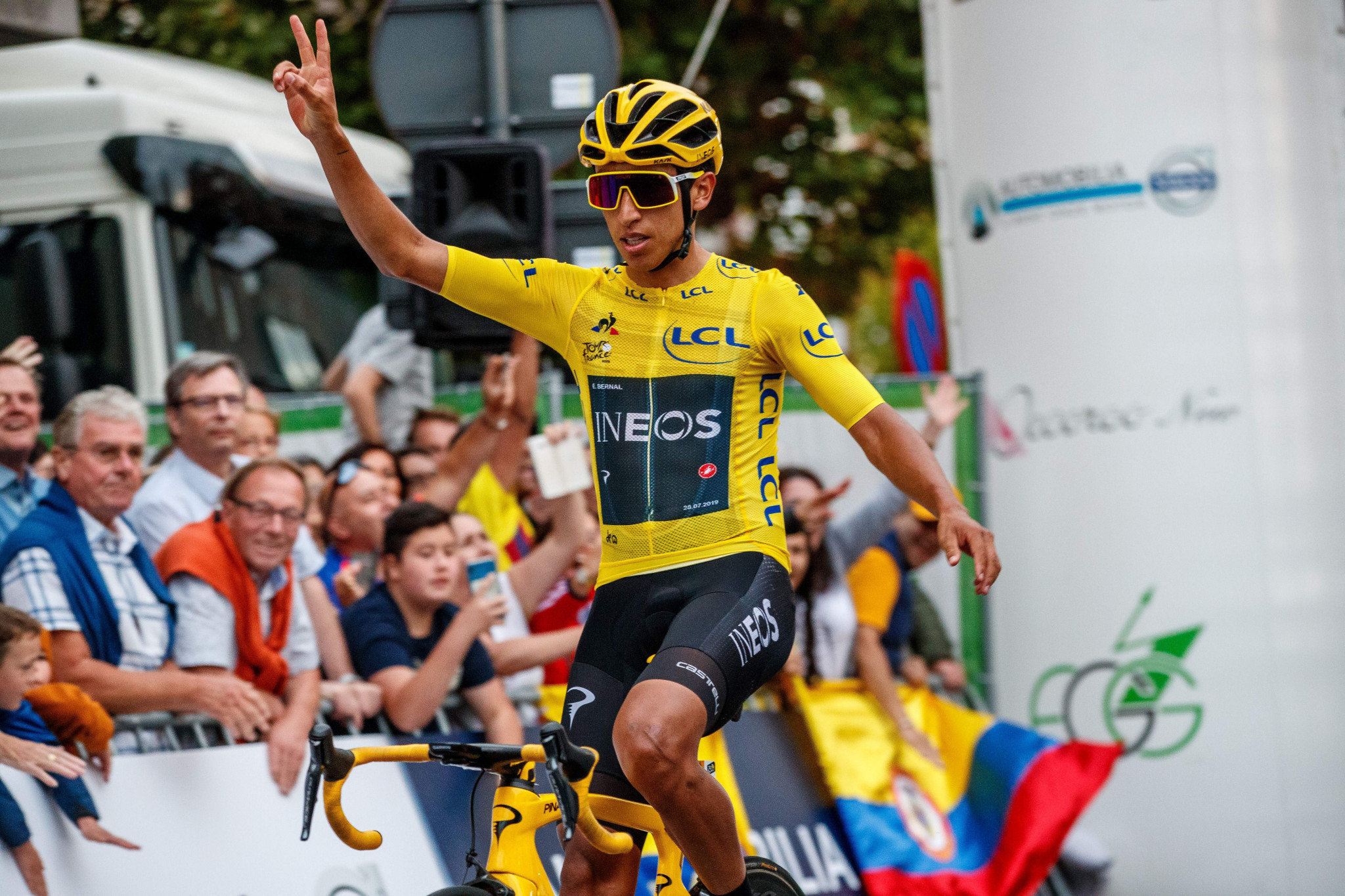 Tour de France champion Egan Bernal will be among the field when the 2019 International Cycling Union (UCI) World Tour continues tomorrow with the Clásica de San Sebastián in Spain.

It was less than a week ago that the Team Ineos rider became the first Colombian winner and youngest champion for 110 years at the Tour de France.

He is likely to face a strong challenge tomorrow from defending champion Julian Alaphilippe, who rides for Deceuninck - Quick-Step.

The Frenchman led the Tour de France for 14 days before losing the yellow jersey to Bernal on stage 19 of 21.

Other contenders include Alaphilippe’s team-mate Remco Evenepoel and CCC Team’s Greg Van Avermaet, both of whom are from Belgium.

Twin brothers Simon and Adam Yates of Great Britain are also expected to put up a strong challenge as representatives of Mitchelton-Scott.

The race covers 226 kilometres of hilly terrain in the Basque Country.

Tomorrow will also see the 79th edition of the Tour de Pologne begin with a 136km stage in Kraków.

None of those are competing this time, however, with the seven-day race likely to be wide open.

Kwiatkowski announced after the Tour de France that he required time to recover, while Pinot is nursing an injury.

Among the riders that will be competing is Britain's Mark Cavendish, who will lead Team Dimension Data.

The 34-year-old Manx sprinter is aiming to a get back to winning ways after returning from illness.

He has not won in more than a year, though, with his most recent victory coming in February 2018.

Cavendish was laid low by Epstein-Barr virus and has returned to action after his recovery was confirmed earlier this year.

The UCI Women's World Tour continues tomorrow as well, with the seventh edition of the one-day Prudential RideLondon Classique.

The Netherlands' Kirsten Wild of WNT-Rotor Pro Cycling will attempt to defend her title against a stacked field.

Organisers of the event have been criticised for offering a short circuit race compared to the men's RideLondon-Surrey Classic, due to take place on Sunday (August 4).

This year's race will be made up of 20 laps of a shortened 3.4km circuit.

Despite being part of the UCI Women's World Tour since the series' inception in 2016, the Prudential RideLondon Classique has not been included on the 2020 calendar.

RideLondon changed its race date for next year to avoid a clash with the 2020 Olympic Games  in Tokyo, but the new date overlapped with the Ladies Tour of Norway from August 13 to 16.

Owing to logistical difficulties for teams, the UCI has stated that it does not want events on the UCI Women's WorldTour calendar to overlap.