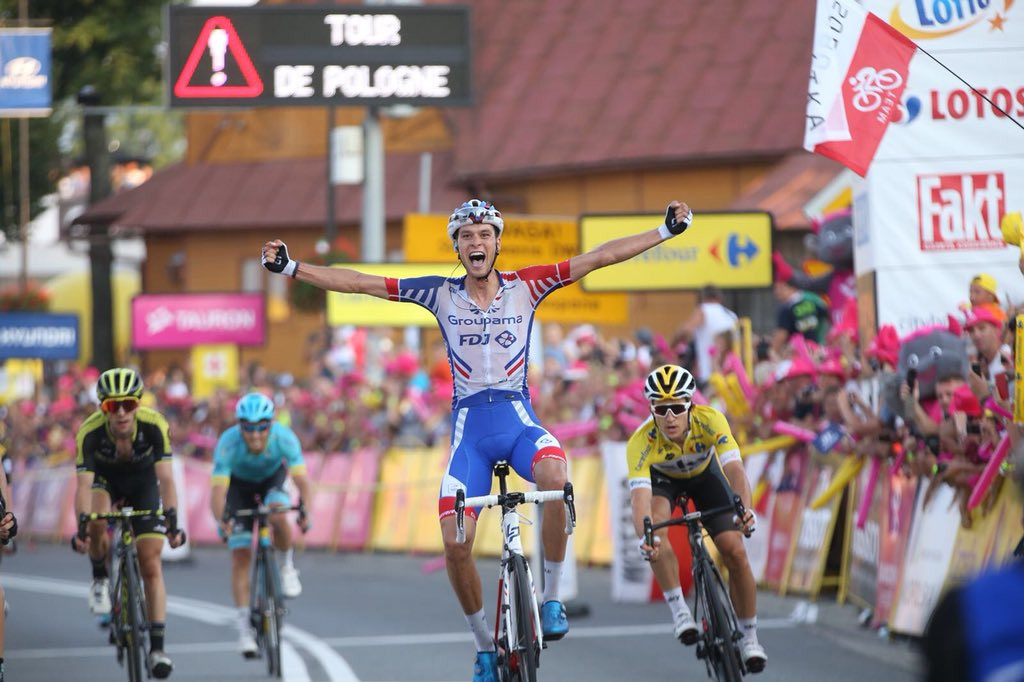 Georg Preidler sprinted to victory in front of a select group of climbers to win on the queen stage six of the Tour of Poland today.

The Austrian Groupama-FDJ rider burst clear at the end of a tough 130 kilometres route from Zakopane to Bukovina Resort.

He crossed in 3 hours 16min 01sec to beat Emanuel Buchmann of Germany and Bora Hansgrohe.

The top nine riders were awarded the same time at the finish.

Bennett had earlier led the attacks up the climbs but had been unable to gain a decisive gap.

Kwiatkowski leads Teuns by 16 seconds and Bennett by 24 seconds in the overall standings.

The race is due to conclude tomorrow with a 136km race from Bukovina Resort to Bukowina Tatrzanska.