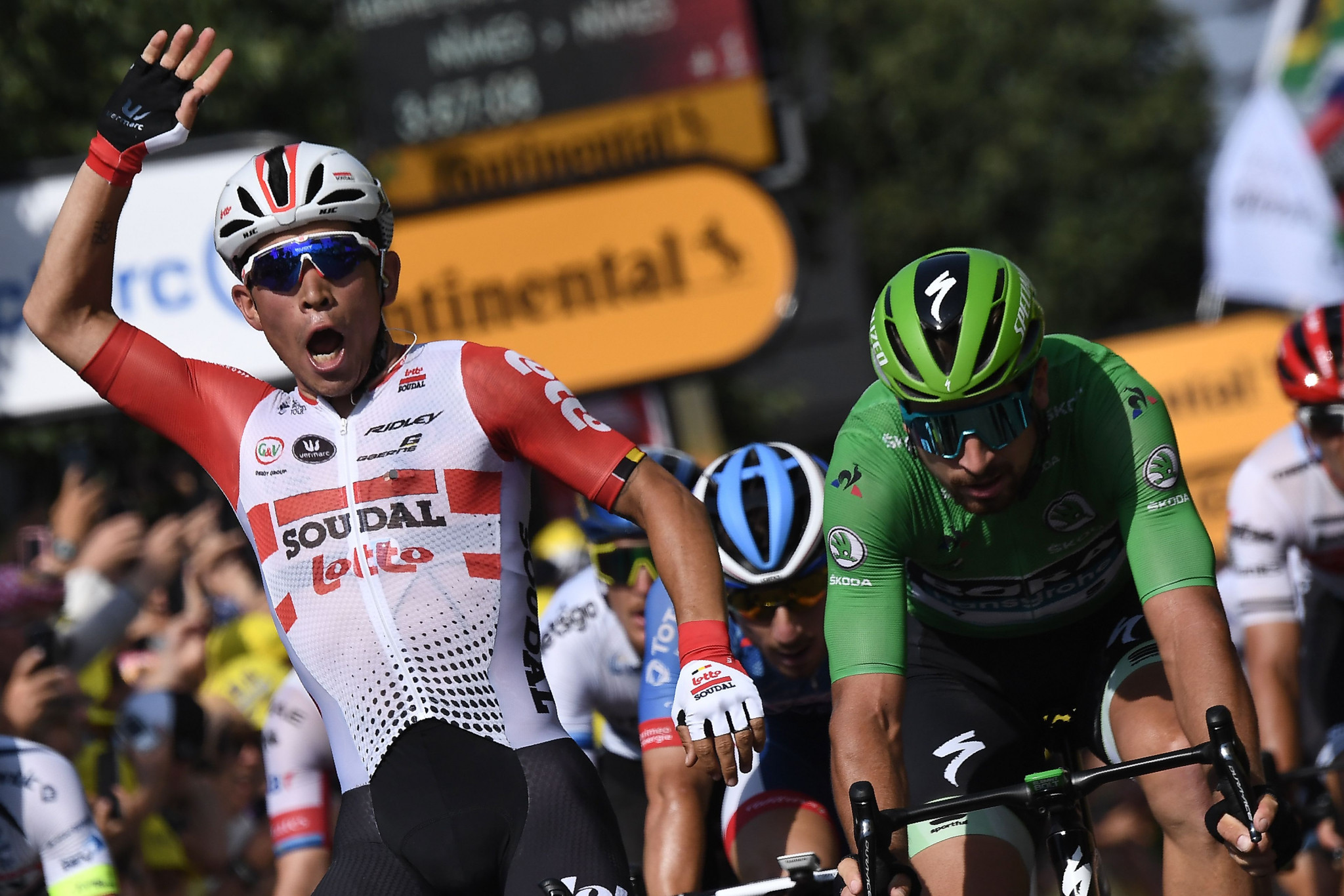 Ewan, who rides for Lotto–Soudal, emerged triumphant from a bunch sprint at the conclusion of the flat 16th stage, which started and finished in sweltering conditions in Nîmes.

He completed the 177 kilometres journey in 3hr 57min 8sec to edge out Italian Elia Viviani, who was unable to build on a near-perfect platform set by his Deceuninck-Quick-Step team mates.

Alaphilippe maintained his overall lead and kept hold of the yellow jersey after he crossed the line comfortably in the bunch.

Britain's Geraint Thomas, the defending champion and Alaphilippe's nearest contender in the race for the general classification title, remains 1min 35sec behind the Frenchman.

The Team Ineos rider managed to not lose any time despite suffering a crash when his gears jammed 50 kilometres into the stage.

He was able to get to his feet and rejoin the peloton without any visible sign of injury.

As well as each other, the riders were battling the stifling heat in France as temperatures climbed to above 30 degrees centigrade.

"To be honest I felt so bad today during the day," Ewan said.

"I think the heat really got to me and I was suffering so much - we weren’t in an ideal situation with 1km to go.

"I looked at this finish at the start of the day and I played all the scenarios in my head and one of them was if I was too far back.

"I think if you watch it I really take a run at it and start sprinting before the rest of the guys, and it worked.

"It was such a big dream to win one stage and now I’ve won two - I can’t believe it."

The race continues tomorrow with the hilly 200km 17th stage from Pont du Gard to Gap.