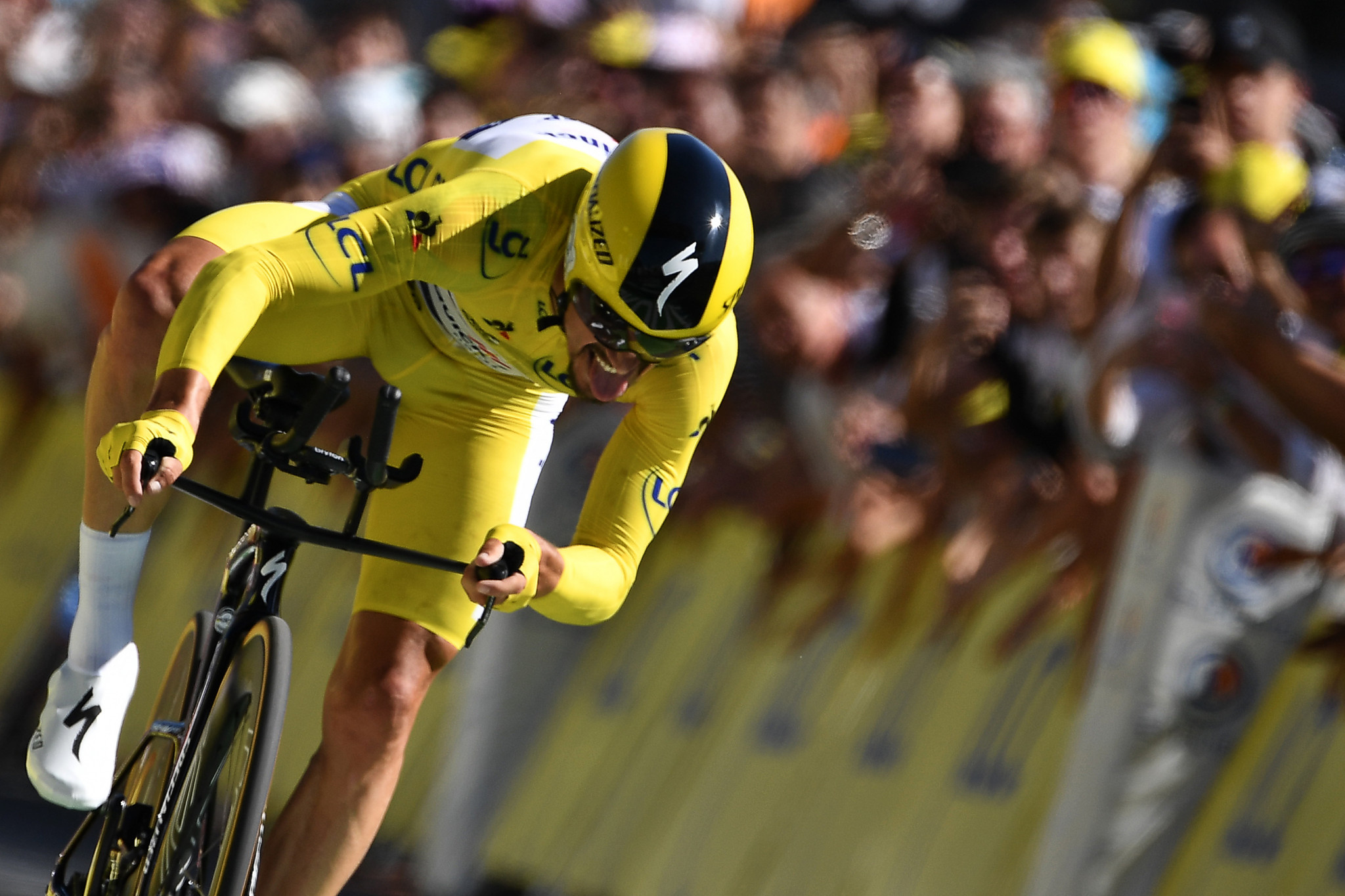 Frenchman Julian Alaphilippe extended his overall lead at the Tour de France as he produced a blistering time trial to win stage 13 in Pau.

Alaphilippe, who rides for Deceuninck–QuickStep, completed the 27 kilometres course in 35min flat to strengthen his grip on the yellow jersey.

He now leads Britain's defending champion Geraint Thomas, who was second today, by 1min26 sec in the race for the general classification.

Today's time trial was considered a huge milestone in the contest for the overall title and was billed as a chance for Thomas to gain ground on the Frenchman.

But it went the way of Alaphilippe, the far from accomplished time trialler, as he was 14 seconds quicker than Team Ineos' Thomas.

Belgium's Thomas De Gendt posted the fastest time of 35:36 before the leading two riders took to the course but both were quicker than the Lotto-Soudal rider.

De Gendt's compatriot Wout van Aert, who won stage 10 earlier this week, is out of the Tour de France after he crashed during the time trial.

Another withdrawal occurred yesterday and in bizarre circumstances as Rohan Dennis abruptly quit the race with little explanation.

Our priority is the welfare of all our riders so will launch an immediate investigation but will not be commenting further until we have established what has happened to @RohanDennis.

Meantime we continue to support our riders who are mid-race.

Dennis was seen arguing with Bahrain-Merida before yesterday's 12th stage and pulled out at the official feed zone after about 80km.

Bahrain-Merida sports director Gorazd Stangelj said the team was "confused" and "disappointed" by the decision taken by the world time trial champion.

Stangelj told reporters it had "nothing to do with his physical condition".

A later statement from Dennis did little to end the mystery surrounding his withdrawal, saying only that it was down to his "current feeling".

"I am very disappointed to leave the race at this point,” Dennis said.

"The individual time trial had been a big goal for me and the team, but given my current feeling it was the right decision to withdraw earlier today.

"I wish my team mates the very best for the remainder of the race and would like to thank all the Tour de France fans who cheered for me, at home and on the roadside, since Brussels.

"I will hopefully be back competing in this great race again over the coming seasons."