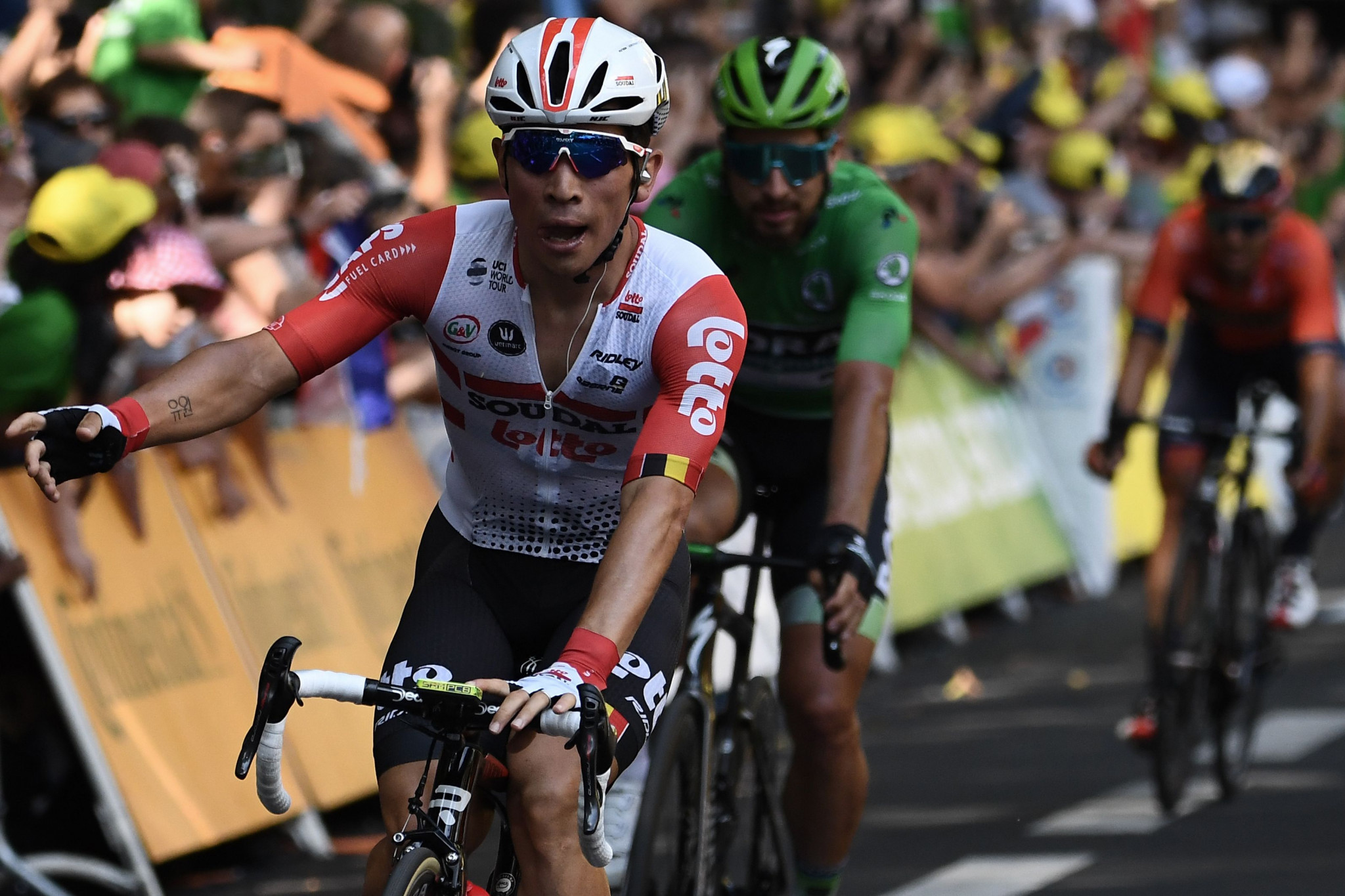 The Lotto–Soudal rider triumphed on the 11th stage, a flat 167 kilometres journey from Albi to Toulouse, to clinch his maiden Tour win.

Ewan gradually reeled in Jumbo–Visma's Dylan Groenewegen before passing the Dutchman on the line in a photo finish.

Elia Viviani of Italy came through to take a distant third ahead of Slovakia’s Peter Sagan and Belgian Jens Debusschere.

Deceuninck–QuickStep's Alaphilippe maintained his lead in the battle for the general classification, while defending champion Geraint Thomas of Britain finished safely in the peloton to stay second.

Ewan completed the stage, which was expected to be dominated by sprinters, in a total time of 3hr 51min 56sec.

The Australian's victory came after his usual lead-out man Jasper de Buyst crashed into a ditch on the approach to Toulouse.

Ewan becomes the 13th rider to have won stages at the Tour de France, Giro d'Italia and Vuelta a España.

"I have been close in the last four sprints I have done.

Alaphilippe remains the one to catch in the overall standings and leads Thomas, riding for Team Inoes, by 1min 12sec.

Tomorrow's 12th stage will see the riders tackle a mountainous 209.5km trek from Toulouse to Bagnères-de-Bigorre.