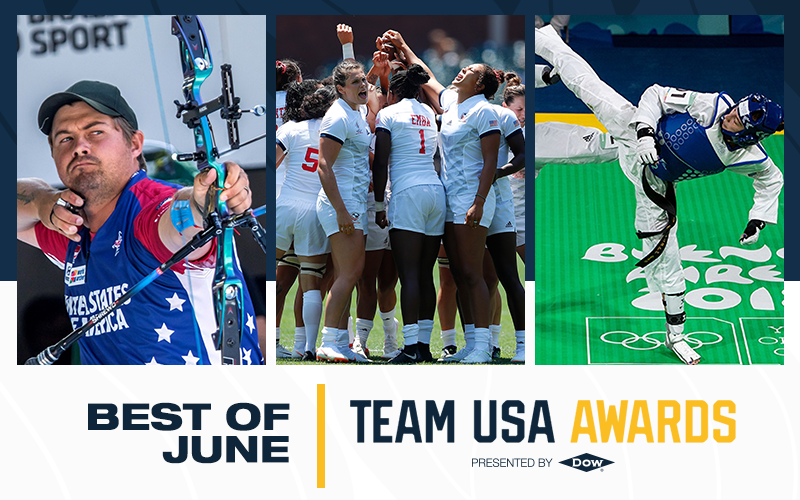 Archer Brady Ellison, taekwondo athlete Anastasija Zolotic and the women's rugby sevens team have been announced as the winners of the United States Olympic and Paralympic Committee Best of June awards.

Ellison scooped the men's prize after becoming the first American man to win the recurve gold medal at the World Championships since 1985.

His victory in ’s-Hertogenbosch in the Netherlands, which ended a 34-year drought for the American team, also earned the US its first archery quota spot for next year's Olympic Games in Tokyo.

Zolotic was named the winner of the women's monthly prize after she claimed bronze in the women's 57 kilograms weight division at the World Taekwondo Grand Prix in Rome.

It saw the 16-year-old become the US' youngest Grand Prix medallist.

She earned victories over Latvia’s Jolanta Tarvida and Morocco’s Nada Laaraj before defeating Chinese Taipei’s Su Po-ya in the semi-finals.

The US women's squad finished the World Rugby Women's Sevens Series campaign on a high by topping the podium at the final event of the season in Biarritz.

They ended the season in second place behind overall champions New Zealand and qualified for Tokyo 2020 as a result.