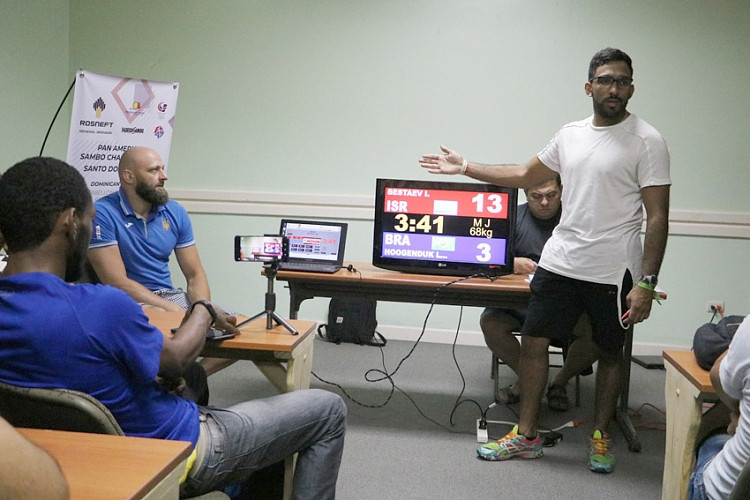 An international sambo referee seminar has been held in Santo Domingo in the Dominican Republic.

The International Sambo Federation (FIAS) revealed that 22 participants from eight countries attended the event on the eve of the Pan American Championships.

The sport's rules and regulations topped the agenda, while beach sambo, a discipline the FIAS has made a concerted attempt to develop, was also discussed.

"During the training, changes in the sambo rules and characteristics of refereeing in beach sambo competitions were discussed in detail," said Islom Adilov, the international category referee who led the seminar.

Participants also trained in secretarial work at sambo events under the guidance of Dmitro Koba, chief secretary of the Pan American Championships.

Eight officials received continental certificates after passing an exam held following the end of the seminar, while the rest were given participation awards.