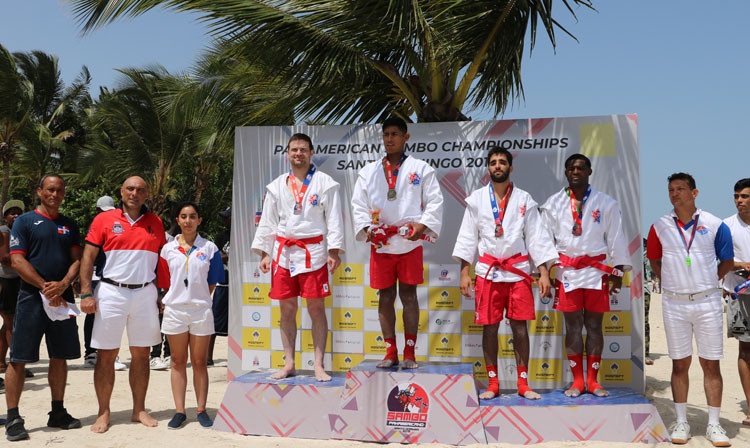 Among the home nation's trio of winners on Boca Chica Beach was Mary Paniagua, who beat Mexico's Joselin Ramirez in the women's 64 kilograms final.

There was also victory for Ruth Montero after she defeated Peru's Heiddy Cruz in the women's 72kg gold medal match.

Further success came the Dominican Republic's way in the team competition ahead of Costa Rica and Mexico.

Cordoba overcame Venezuela's Luisaigna Campos in her final, while Nieves saw off the Dominican Republic's Audrey Puello to seal her triumph.