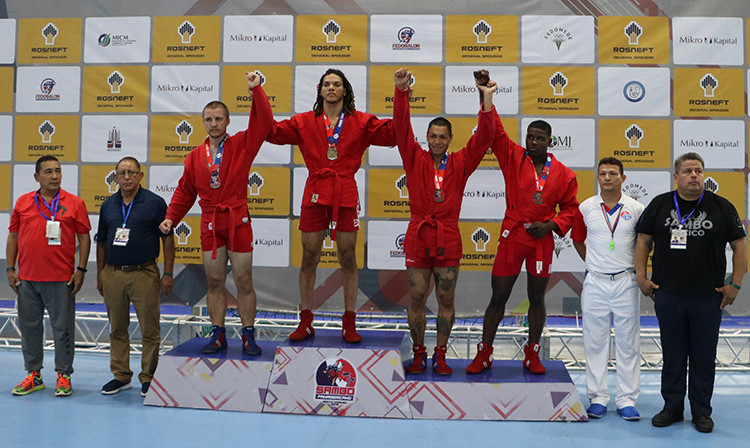 Among Canada's trio of winners at the Handball Pavilion in the Park of the East was Torin MacFadyen, who beat Mexico's Alan Campos in the men's 52 kilograms final.

Maria Amyulina Guedez was one of Venezuela's three victors after she saw off the Dominican Republic's Julia Quiterio in the women's 48kg final.

Also topping podiums for the South American country were Geiker Ferrer in the men's 74kg category and Lucas Borregales in the combat sambo 57kg division.

The Dominican Republic also had a successful day, with two of their athletes triumphing on home soil.

There was disappointment for the hosts, however, in the women's 64kg and women's over-80kg finals, with Mary Paniagua losing to Ecuador's Erika Corozo in the former and Marian Garcia falling to defeat at the hands of Cuba's Mirtha Nieves in the latter.