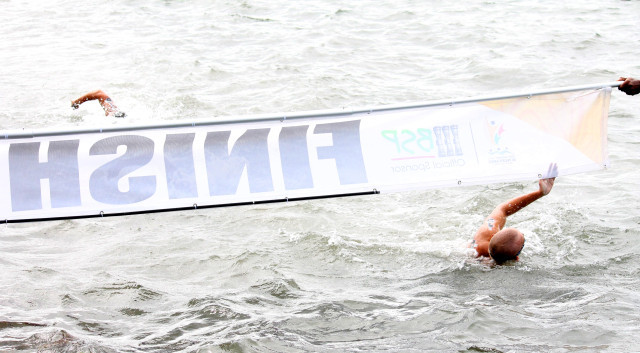 Little time will be wasted before the first medals are handed out at the 2019 Pacific Games, with the first finals due to take place on the very first morning tomorrow.

The men's five kilometres open water swimming is scheduled at 10am local time here at the Sheraton Beach Resort in Mulifanua, with the women's event commencing shortly after.

Organisers will hope the event goes more smoothly than the races in Port Moresby at the 2015 Pacific Games, where the race distance was reduced to 3km due to safety concerns because of a receding tide.

The start was then delayed after storms overnight, which meant that course preparations overran.

Eventually, it was New Caledonia swimmers who triumphed in both events – Thibaut Mary in the men's swim, Charlotte Robin in the women's event – and they will be aiming for another double in Samoa.

Elsewhere, the newly built Multi-Sport Centre in Faleata will see its first Pacific Games action as the mixed team badminton event gets underway.

The Centre, part of the Faleata Sports Complex where 14 of the 29 sports will take place, was specially built before the 2019 Games with the help of significant funding from China, which also paid for the refurbishment of Apia Park and the Aquatics Centre.

The men's football competition was subject to some late schedule changes after an error during the draw.

To rectify this, a straight swap was carried out in the match schedules between the groups.