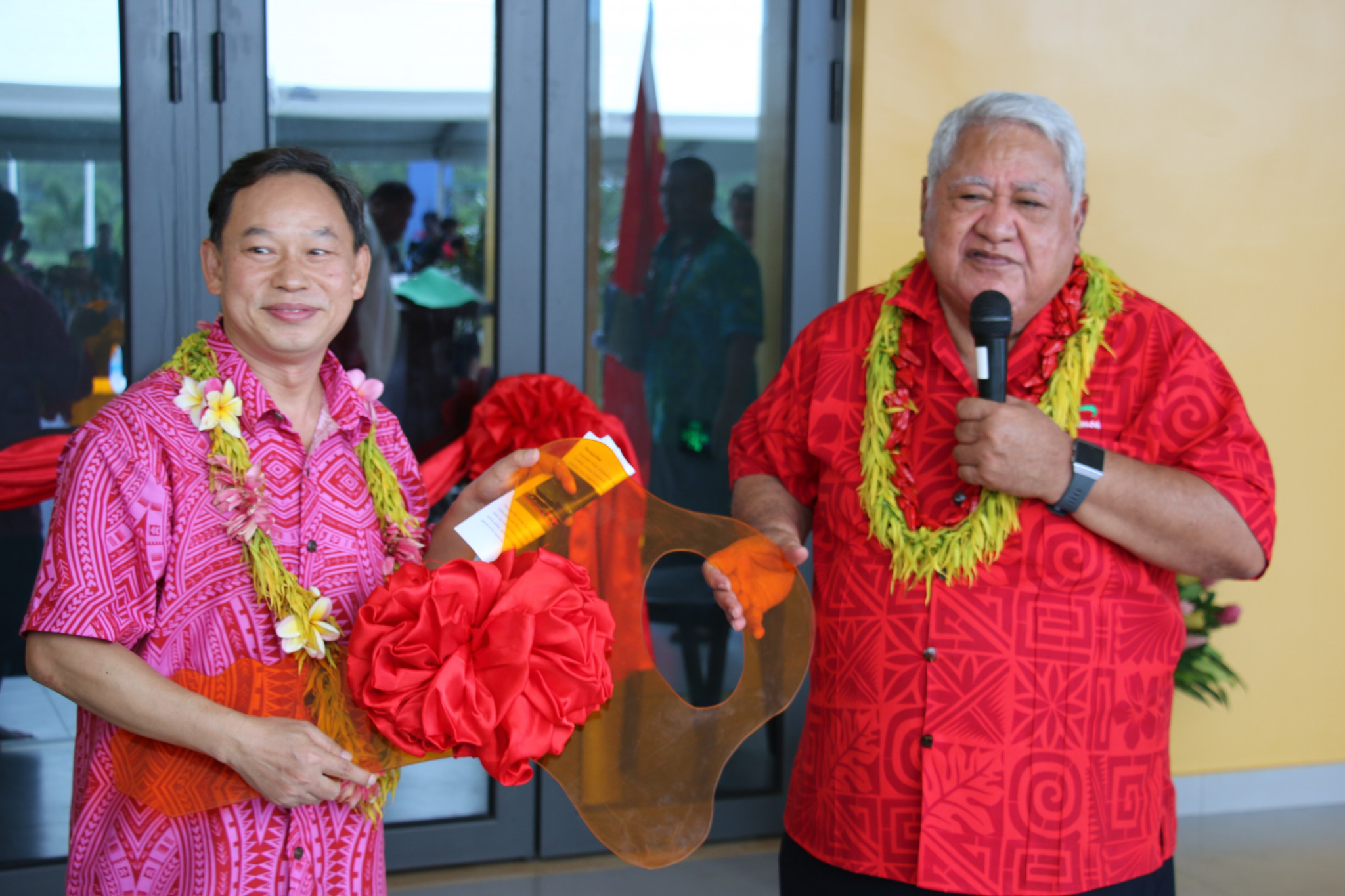 The Samoan Prime Minister thanked the Chinese Government for funding the building and refurbishing of venues for the 2019 Pacific Games in Samoa at the official handing over ceremony.

Funding from China allowed for the building of the new Multi-Sport Centre, as well as refurbishment of the Aquatic Centre and Apia Park, due to host the Opening Ceremony on July 7.

Prime Minister Tuilaepa Sailele Malielegaoi, due to compete in the Games in archery, thanked the Chinese for backing the projects, as well as the workers and engineers from Anhui Construction and Shanghai Construction who had built the new facilities and refurbished the old venues.

He spoke at the official handing over ceremony of the venues ahead of the Games due to take place in Samoa until July 20.

"It is wonderful to be standing in this state of the art Multi-Sport Centre created through the generosity of the People’s Republic of China," Malielegaoi said.

“The construction of this building as well as the refurbishment of the Samoa Aquatic Centre, Apia Park Stadium and Tennis Court is a major part of China’s support for Samoa 2019 Pacific Games.”

The Multi-Sport Centre forms part of the Faleata Sports Complex, set to host 14 events at the Games.

The Centre itself will play host to the badminton and netball competitions.