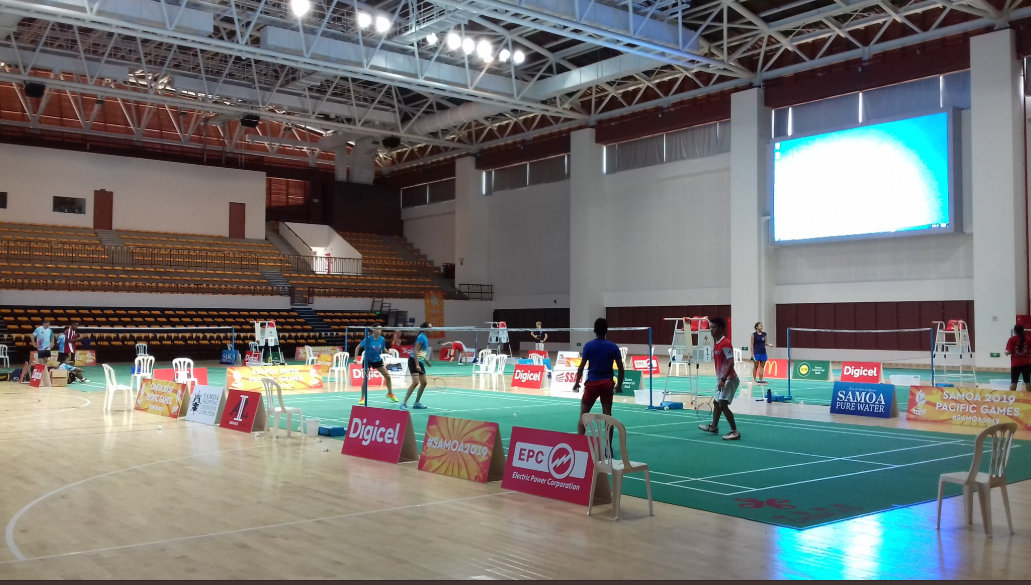 The draw and match schedule has been unveiled for the mixed team badminton tournament at the 2019 Pacific Games in Samoa.

Seven nations are due to compete in the event - Tahiti, New Caledonia, Fiji, Samoa, Tonga, Kiribati and Northern Marianas.

The winner of each tie gets points towards the league table, and the team top of the standings at the end of the event wins the gold medal.

Tahiti have been seeded first for the tournament based on the Badminton World Federation rankings, and will face Northern Marianas in their opening match July 8, while New Caledonia are due to play Kiribati and Fiji face Tonga.

Hosts Samoa begin their competition on the same day against Northern Marianas.

The whole event is scheduled to run over three days until July 10.

Mixed team badminton will be the first event held in the newly-constructed Multi-Sport Centre, built for Pacific Games and funded by the Chinese Government.

Samoa will host the Pacific Games from July 7 to 20, and is set to attract more than 4,000 participants.