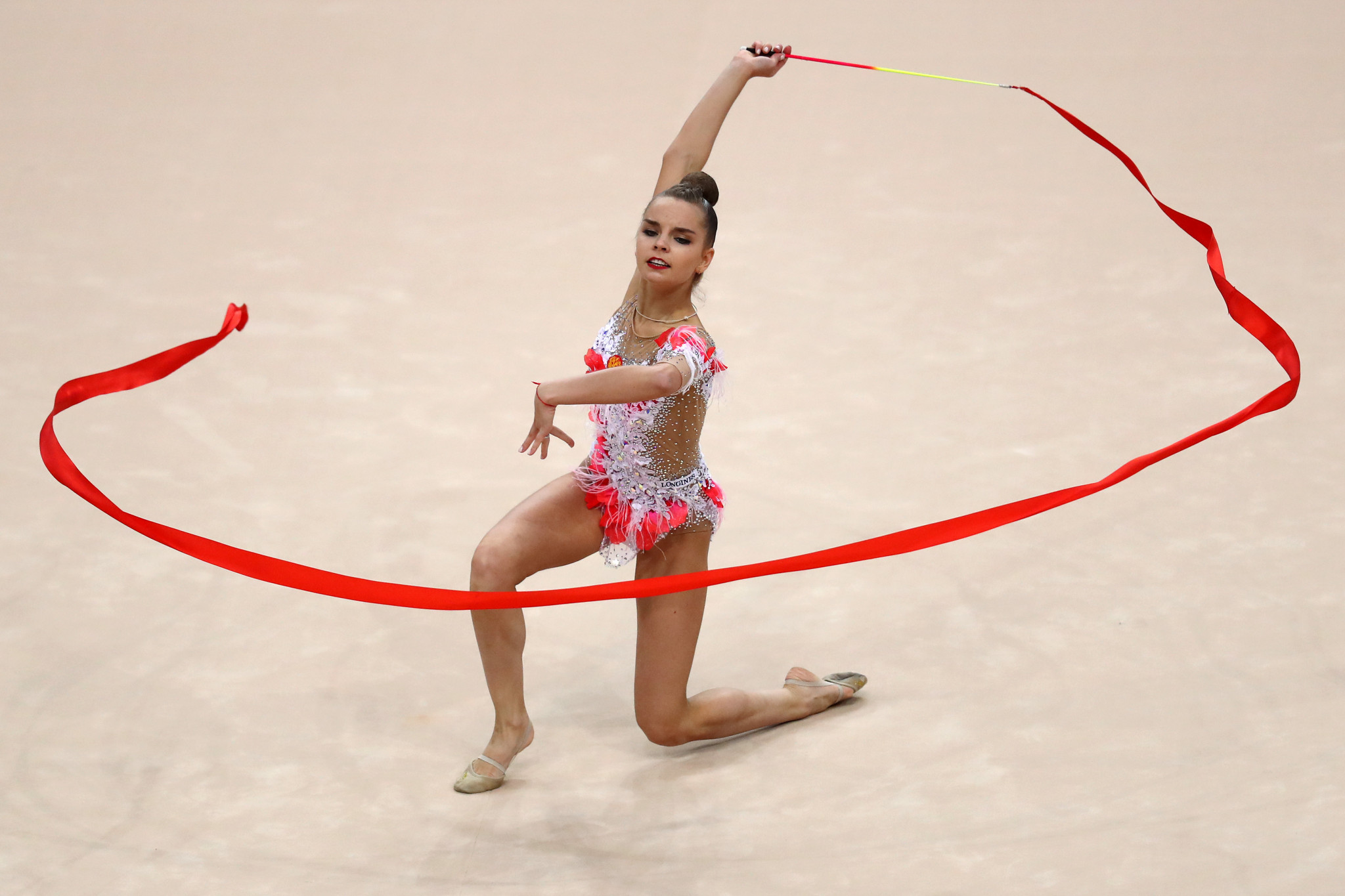 The 20-year-old is the reigning world champion in the team, hoop, ball and clubs disciplines, also boasting an all-around world title from 2017 and 2018.

She has continued her dominance here, winning the all-around competition yesterday at Minsk Arena.

Today she was the victor in the hoop with a score of 22.850 points, finishing in front of Belarus's Katsiaryna Halkina on 21.750 and Ukraine's Vlada Nikolchenko with 21.450.

Bulgaria's Katrin Taseva received the bronze medal for her score of 20.450 points.

The battle for dominance continued between Averina and Ashram, the Israeli overcoming the Russian in the clubs and ball.

Nikolchenko completed the podium with 21.750 points.

Belarus delighted the home crowd with victory in the groups all-around final, achieving 52.600 to surpass Bulgaria by just 0.050 points.

The hosts only managed third in the five balls final, however, finishing on 26.150 points.

It was more success for Russia in the mixed pairs all-around final after Victoria Aksenova and Kirill Startsev earned gold following 29.580 points.

Azerbaijan's Abdulla Al-Mashaykhi and Ruhidil Gurbanli were awarded the silver medals for 29.540 points, while Belarusian pair Artur Beliakou and Volha Melnik added another bronze to their country's tally with 29.420.

Over at Minsk's Shooting Club, there was a heavyweight battle between Serbia's Zorana Arunović and Greece's Anna Korakaki in the women's 10 metre air pistol.

It was the current world champion, Arunović, that defeated Olympic champion Korakaki with a score of 241.2 points, just ahead of the Greek shooter's 238.9.

The bronze medal went to Bulgaria's Antoaneta Boneva with 218.1 points.

Artem Chernousov ensured the continuation of Russia's dominance in the medal table with a gold in the men's event.

Italy dominated against Britain in the mixed team recurve final, triumphing 5-1, while Germany upset the home crowd after defeating Belarus 5-2 to receive the bronze medal.

In the mixed team compound, Russia won gold by the finest of margins, with their final against The Netherlands ending at 152-152.

The Russian side then edged the clash 18-17 in a shoot-out.

Competition is due to continue here tomorrow with medals in nine sports.