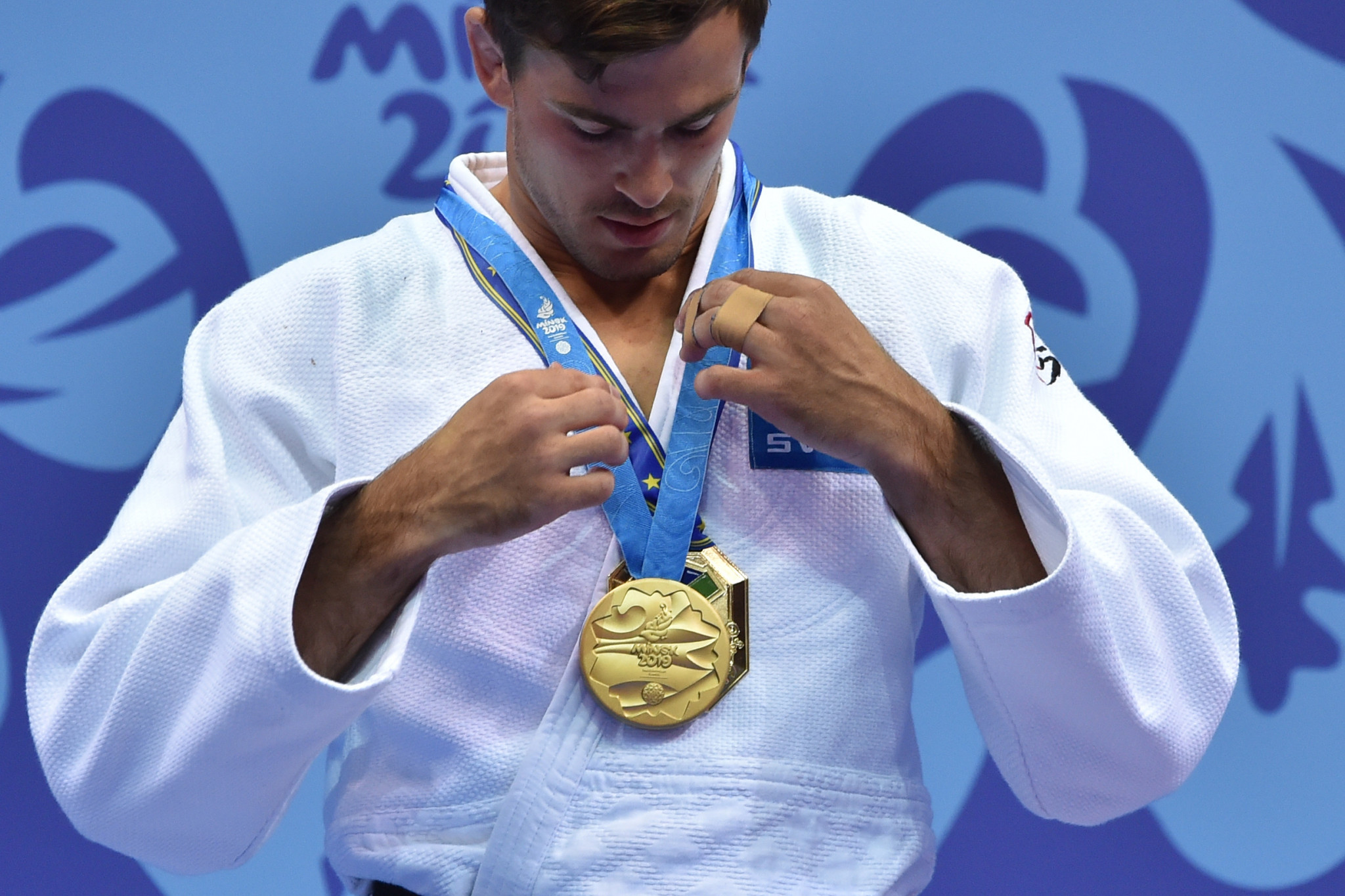 Sweden's Tommy Macias produced one of the surprise results of the day at the European Games here today as he defeated Azerbaijan’s powerful Rustam Orujov, the Rio 2016 silver medallist, to take the men's under-73 kilograms title at the Chizhovka Arena.

With judo being one of two sports at the Games where the contest here doubles up as its own European Championships - the other being boxing - Macias had twice the reason to be amazed by his win over a man who also has a European title to his name from 2016 and a silver medal from the 2017 World Championships.

"It's amazing, I can't believe it so far," he said following his victory at Chizhovka Arena.

"I won Grand Slam and Grand Prix titles before, but not European championships.

"I have been bronze medallist two times before. This was my first time in the final and my first gold medal.

"I am one of the top names in the category, but when I'm fighting against Rustam Orujov I was nervous.

"I lost four times to him before, but I beat him once.

"So I knew I could beat him.

"At first, when he scored, I thought I really have to try something.

"Then I thought I threw him for Ippon, but I can understand that it was not Ippon.

"Then I threw him again and I was really sure I was going to get the score.

"I could hear the audience and they were booing.

"I thought they also think I should have gotten the score.

"That was nice, for the first time I had the audience on my side.

"I could hear his fans all the time.

"For me it felt like forever, standing in this position.

"Then maybe one second before I threw him I thought, ‘Now I'm having this and they cannot take that away from me'."

Matthias Casse of Belgium won the men’s under-81kg judo gold in the last contest of the day thanks to a waza-ari over Bulgaria’s Ivaylo Ivanov.

"My last gold medal was from the World Junior Championships in 2017," said Casse.

"In between I took a lot of bronze and silver medals.

"So I'm really glad I finally got a gold again in a big championship.

"It is very special and to get two medals is nice.

"In two weeks I'm going to compete at the Grand Prix in Canada and after that it is only the preparation for the World Championships.

"There of course I want to be on the podium again and I hope to get a gold."

Bronze medals went to Georgia’s Luka Maisuradze, who beat Antonio Esposito of Italy with an ippon, and Attila Ungvári of Hungary, who earned a win on waza-ari over Germany’s Alexander Wieczerzak.

Margaux Pinot, European silver medallist at under-63kg two years ago, made it a French double as she claimed the women’s under-70kg gold.

She beat Sanne Van Dijke of The Netherlands, the 2017 European champion, on penalties.

"I worked to be able to beat her," Pinot said.

"Today I won on penalties but I think technically I had the edge over her."

Van Dijke commented: "It is really bad, of course.

"Normally when I lose by shido, I ask myself what I could have done more.

"I have no regrets."

Barbara Matić of Croatia beat Daria Pogorzelec by ippon to claim a bronze medal, with the other going to Sweden’s Anna Bernholm, who defeated France’s Marie-Eve Gahie by ippon.