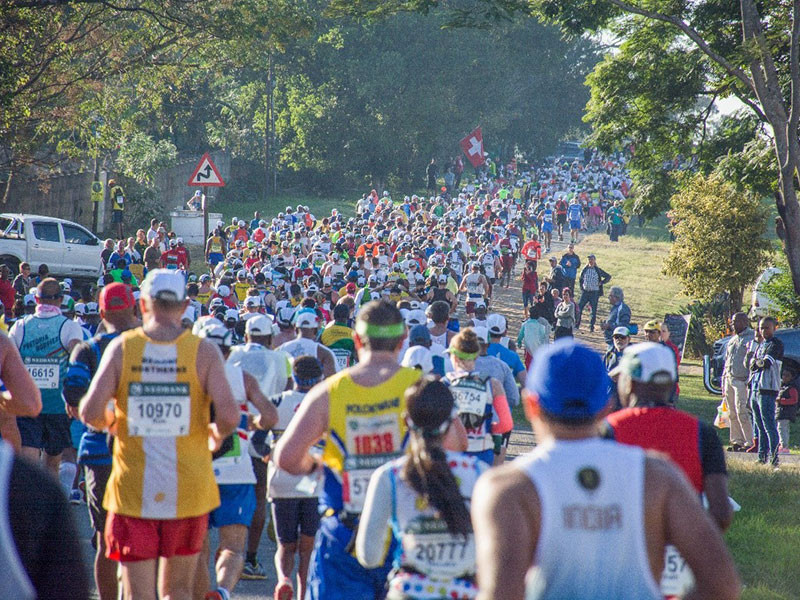 The International Association of Athletics Federations (IAAF) reversed a decision made by Athletics South Africa (ASA) to ban Russian athletes from competing in the Comrades Marathon after it was found they were amateur and not affiliated to the Russian Athletics Federation (RusAF).

The annual race takes place between the South African cities of Durban and Pietermaritzburg.

Sixty-nine Russian runners had been told they could not participate, as reported by South Africa's Sunday Times.

It was believed that they were unable to compete due to IAAF's suspension of RusAF in November 2015 following doping allegations, a ban which is ongoing.

Russian athletes can still compete if they participate at amateur level and are not affiliated to RusAF, however.

The IAAF has confirmed to insidethegames that they have since overturned the decision to bar Russian athletes from contesting the race.

"We can confirm these runners from Russia are recreational runners who are not affiliated with RusAF and therefore couldn’t be barred from participating," the IAAF said.

The Comrades Marathon, which is taking place tomorrow, is also not an IAAF-certified event.

One of the runners turned away from the race was Alexandra Morozova, who finished third last year and second in 2017.

South Africa's Sunday Times reports that she is suing ASA after it allegedly withheld her prize money for finishing second two years ago.

The IAAF's Council are meeting today and tomorrow here.

It is expected that they will provide an update on the possible reinstatement of RusAF.

Russia are hopeful that their three-and-a-half year ban could be lifted after paying an outstanding $3.2 million (£2.5 billion/€2.8 million) bill to the IAAF for legal and administration expenses.

The IAAF's decision may be clouded by recent reports that suspended Russian coaches and medical staff are still active, however.