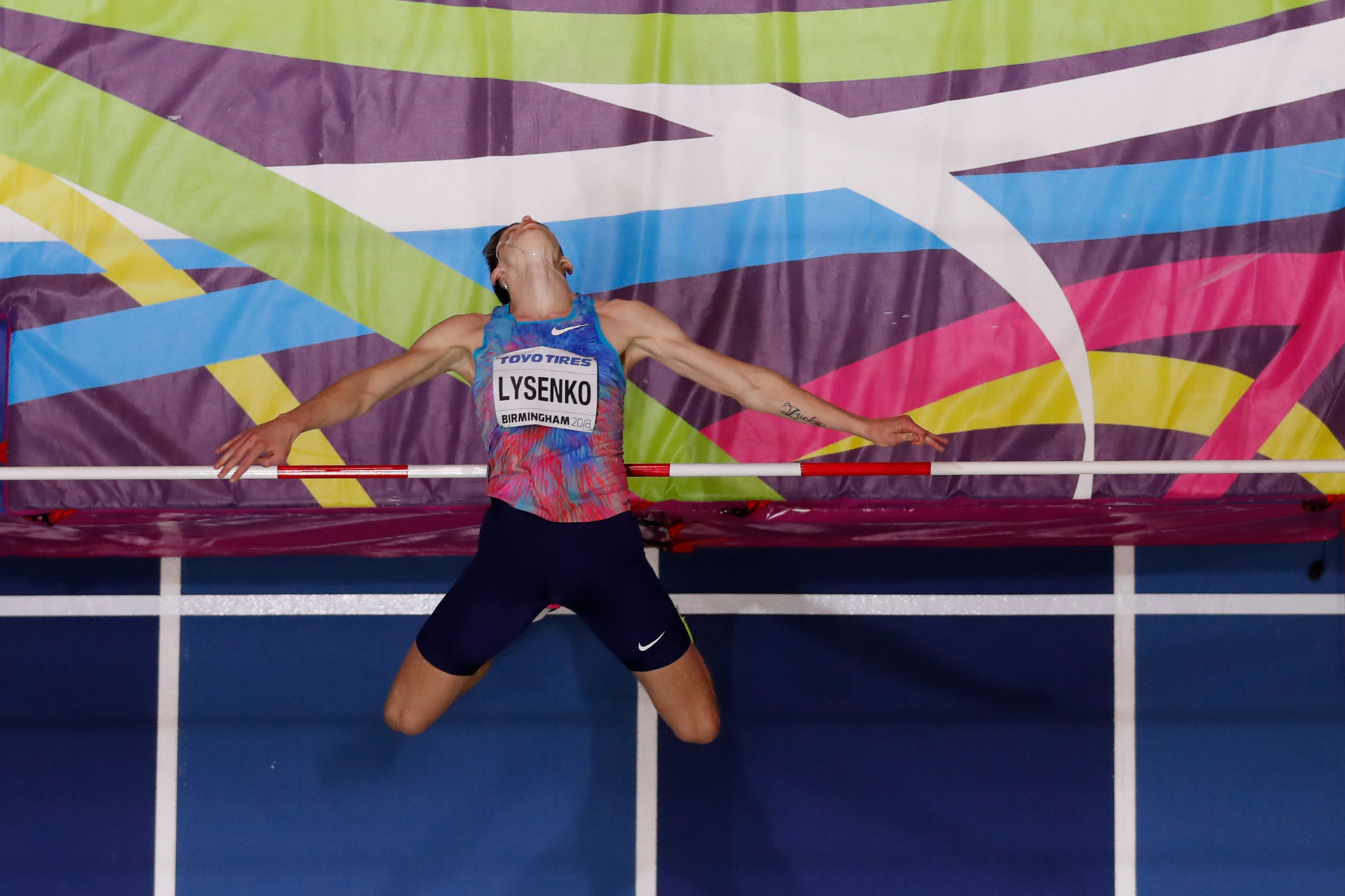 Russian officials have promised to cooperate with an investigation into claims forged paperwork was submitted to help world indoor champion Danil Lysenko avoid a doping ban as they insisted the alleged cover-up would not affect their participation at next year's Olympic Games in Tokyo.

British newspaper The Sunday Times reported that the Russian Athletics Federation (RusAF) submitted fake documents as evidence Lysenko, a rising star in the country, was too ill to provide his location on the whereabouts system.

The latest accusations of wrongdoing by Russia could be taken into account by the International Association of Athletics Federations (IAAF) Council when it holds its next Council meeting later this week, where the country's possible reinstatement will be among the key items on the agenda.

The 22-year-old, winner of a silver medal at the 2017 IAAF World Championships In London competing as a neutral athlete, was provisionally suspended by the Athletics Integrity Unit (AIU) last year following a whereabouts rule violation.

Athletes who fail to correctly input information onto the system, which gives doping control officers the location of athletes so they can be tested, are usually banned.

Mitigating circumstances such as illness can be submitted, however, in an effort to reduce the length of the suspension.

The Sunday Times alleges the paperwork on Lysenko's case was drawn up by doctors at a bogus clinic in Moscow with a view to circumventing the rules.

They were allegedly trying to prove he was too ill to submit his whereabouts data.

In response, RusAF President Dmitry Shlyakhtin claimed the reports in the British media were deliberately timed to coincide with the IAAF Council meeting in Monaco on Saturday and Sunday (June 8 and 9).

Shlyakhtin, among the officials Russian Anti-Doping Agency chief executive Yury Ganus believes should be sacked to ensure Russia can compete at next year's Olympics in Tokyo, pledged to assist the AIU probe into the Lysenko case.

He has also claimed the RusAF has met a reinstatement demand installed by the IAAF by paying the outstanding debt to the worldwide governing body.

"The Sunday Times article, in my opinion, is a typical example of when the journalists want this publication to be considered valid," he said, according to Russia's official state news agency TASS.

"Based on practice, such kind of notes are made just on the threshold of the IAAF Council.

"The only source of objective and truthful information regarding the Lysenko case is the AIU, which is currently investigating.

"Let's wait for its results."

Russian Olympic Committee President Stanislav Pozdnyakov has also weighed in on the allegations regarding Lysenko, claiming he was confident the issue would not lead to a ban on the country's athletics team from competing at Tokyo 2020.

"As for the participation of our athletes in the 2020 Olympics, we rely here on the official position of the International Olympic Committee (IOC) and other international sports organisations with which we actively cooperate and cooperate in all matters, including the fight against doping," he said, according to TASS.

The RusAF has been put under considerable pressure by Russian President Vladimir Putin to get the IAAF ban, first imposed in November 2015, lifted in time for Tokyo 2020.

Russia's athletics team were banned from the 2016 Olympic Games in Rio de Janeiro, while only athletes who met certain anti-doping criteria were allowed to participate at the 2017 IAAF World Championships in London.

They are widely expected to miss this year's World Championships in Doha but Russia is hopeful it will be welcomed back before the Games in the Japanese capital.