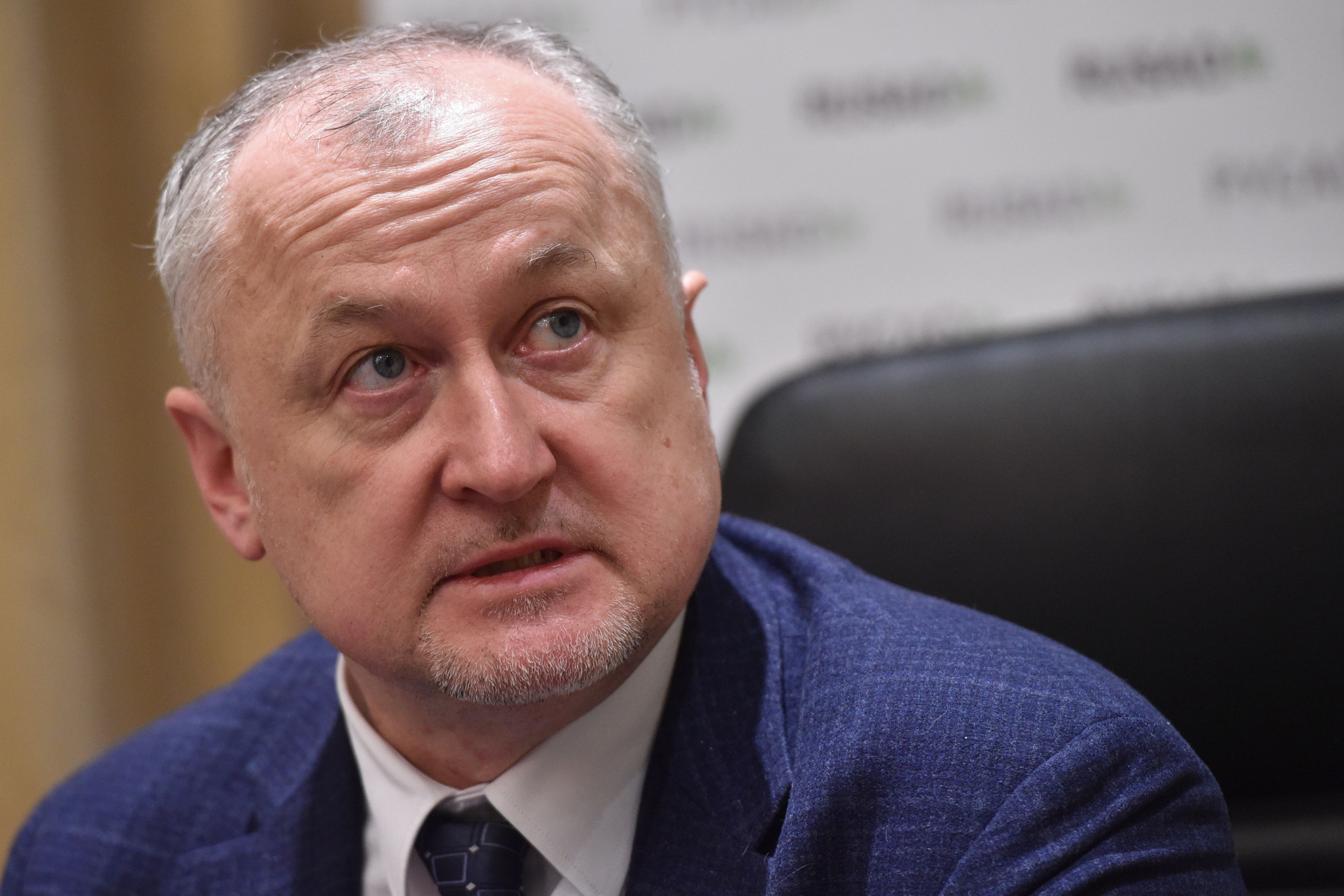 Russian Anti-Doping Agency (RUSADA) chief executive Yury Ganus has called for the entire management and coaching staff of the Russian Athletics Federation (RusAF), including President Dmitry Shlyakhtin, to be removed from their posts.

It forms part of a proposal to ensure all Russian athletes can compete at the Tokyo 2020 Olympic Games.

Ganus proposed the dismissals in a five-page letter, seen by Reuters, that is addressed to Russian Olympic Committee (ROC) President Stanislav Pozdnyakov

It comes less than two weeks after Vladimir Putin ordered the ROC to ensure a ban imposed on the country by the International Association of Athletics Federations (IAAF) is lifted by the end of the year so that they can compete at Tokyo 2020.

The Russian President has set a deadline of December 2 for a resolution to the crisis to have been reached so it does not affect preparations for next year's Olympics.

RusAF has been suspended by the IAAF since November 2015 when the World Anti-Doping Agency (WADA) found evidence through an Independent Commission of state-sponsored doping and cover-ups.

The ban has since been extended 10 times by the IAAF's ruling Council.

Following the initial suspension, Russian athletes missed out on competing at the 2016 Olympic Games in Rio de Janeiro.

Since then, Russian athletes who meet a strict set of criteria have been allowed compete as "Authorised Neutral Athletes".

In the letter, which RUSADA later published on its website, Ganus writes: "Given that there is critically little time left until the start of the 2020 Olympics and there is much to do in coordination with IAAF, work toward the transformation of the federation requires an immediate resolution."

Ganus also called for the establishment of an international work group in which Russian and foreign experts would help bring RusAF back into the IAAF fold.

He also called for the dismissal of national team coaches and the heads of sports schools and other training centres linked to doping, as well as officials who have served doping bans.

"We have to stop deceiving not only all those around us, but ourselves first and foremost."

According to the Associated Press, he said RusAF was on course for reinstatement anyway.

"The road map has virtually been completed."

Shlyakhtin, meanwhile, told TASS a three-and-a-half year suspension is "no little time" but insisted a series of reforms had been passed.

The ROC has claimed it would create two working groups to assist RusAF in obtaining reinstatement and to safeguard the rights of Russian athletes.

But it claimed the move had been in response to Putin’s order, which, according to TASS, had been revealed following the recent publication of a list of instructions issued during a meeting of the Presidential Council for the Development of Physical Culture and Sport held at the end of March.

"Recommend the Olympic Committee of Russia: <...> to take comprehensive measures to restore the membership of the All-Russian Athletics Federation in the International Association of Athletics Federations and to ensure the participation of all members of the Russian Olympic team in the XXXII Olympic Games 2020 in Tokyo (Japan) without restrictions. Deadline – December 2, 2019," the minutes of the meeting state.

The deadline of December 2 would seem to suggest that the RusAF has already given up hope of having its ban lifted in time to compete under its flag at the IAAF World Championships.

The event is due to take place in Qatar's capital Doha between September 28 and October 6.

The IAAF's Council discussed the possibility of lifting the ban at its last meeting in Doha in March.

But Rune Andersen, chair of the IAAF's Russia Taskforce, claimed Moscow had yet to meet two conditions.

"Logistical" issues had held up financial compensation, including for the Taskforce's costs and legal costs in cases Russia had brought to the courts, he said.

He added that the IAAF had also not yet received analytical data and samples from a Moscow laboratory, which are still being assessed by WADA.