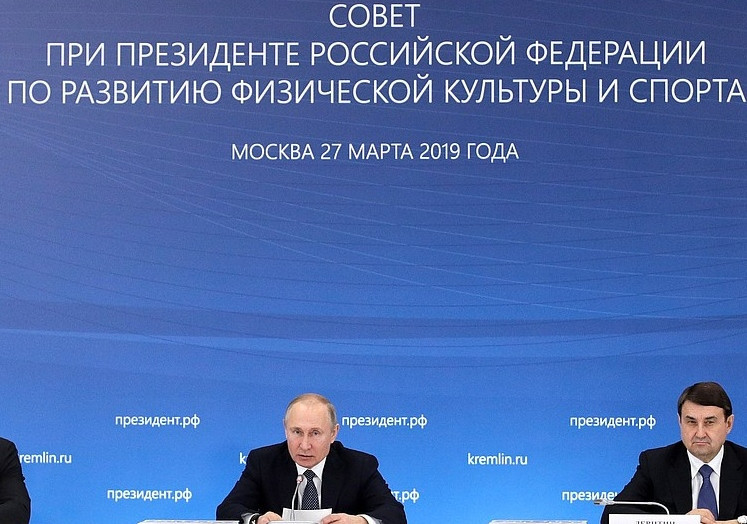 Vladimir Putin has ordered the Russian Olympic Committee (ROC) to ensure a ban imposed on the country by the International Association of Athletics Federations (IAAF) is lifted by the end of the year so that they can compete at Tokyo 2020.

The Russian President has set a deadline of December 2 for a resolution to the crisis to have be reached so it does not affect preparations for next year's Olympic Games.

The Russian Athletics Federation (RusAF) have been suspended by the IAAF since November 2015 when the World Anti-Doping Agency (WADA) found evidence through an Independent Commission of state-sponsored doping and cover ups.

The ban has since been extended 10 times by the IAAF ruling Council.

Since then, Russian athletes who meet a strict set of criteria currently have been allowed compete as "Authorised Neutral Athletes".

Putin has now tasked the ROC to find a solution.

The order has been revealed following the recent publication of list of instructions issued during a meeting of the Presidential Council for the Development of Physical Culture and Sports held at the end of March, Russia's official news agency TASS reported.

"Recommend the Olympic Committee of Russia: <...> to take comprehensive measures to restore the membership of the All-Russian Athletics Federation in the International Association of Athletics Federations and to ensure the participation of all members of the Russian Olympic team in the XXXII Olympic Games 2020 in Tokyo (Japan) without restrictions. Deadline - December 2, 2019," the minutes of the meeting state.

The deadline would seem to suggest that the RusAF has already given up hope of having its ban lifted in time to compete under its flag at the IAAF World Championships, due to take place in Doha between September 28 and October 6.

The IAAF's Council discussed the possibility of lifting the ban at its last meeting in Doha in March.

But Rune Andersen, chair of the IAAF's Russia Taskforce, claimedMoscow had yet to meet two conditions.

"Logistical" issues had held up financial compensation, including for the Taskforce's costs and legal costs in cases Russia had brought to the courts, he said.

He added that IAAF had also not yet received analytical data and samples from a Moscow laboratory, which are still being assessed by WADA.