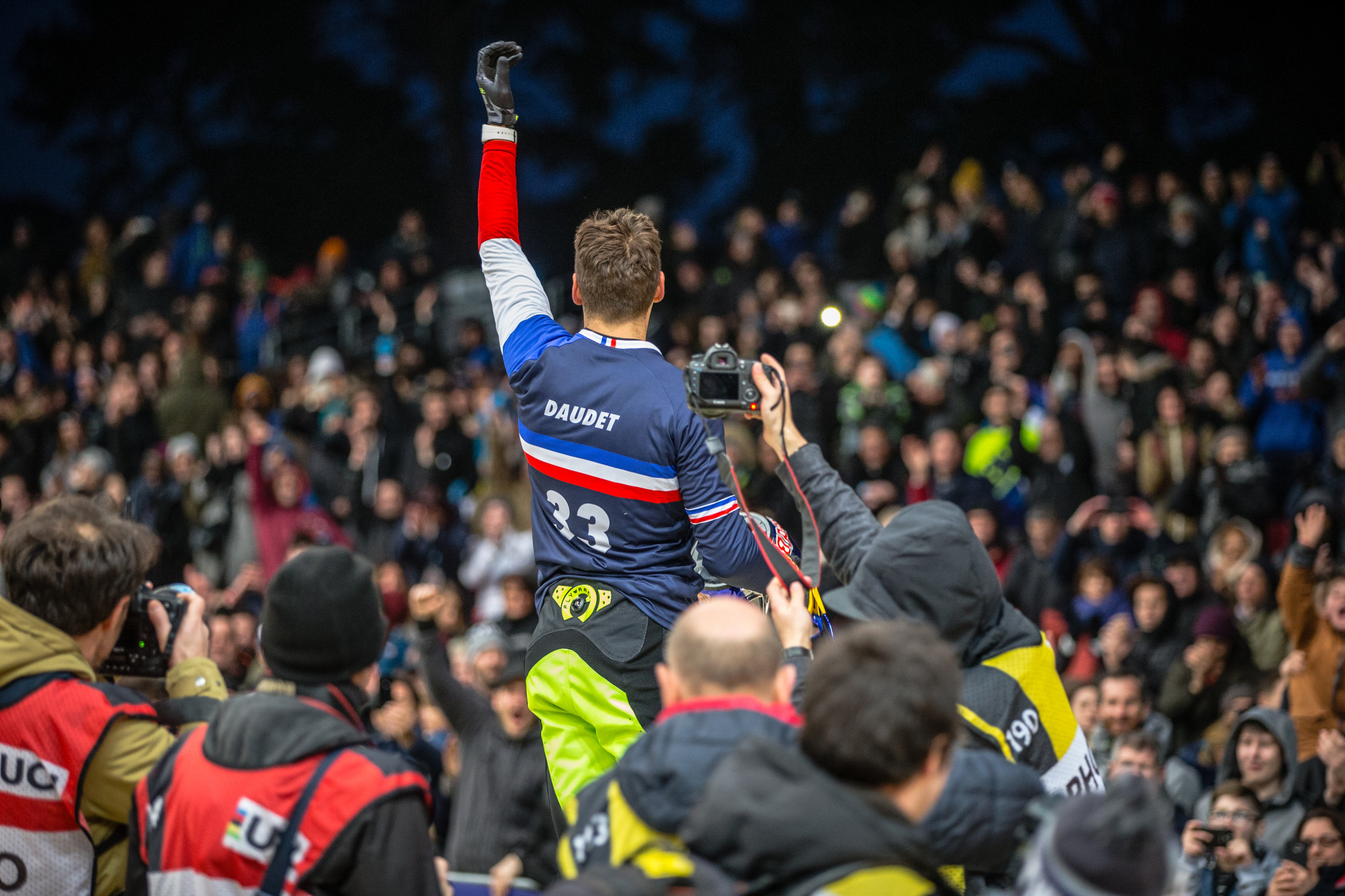 Frenchman Joris Daudet will hoping for a return to form on home soil as he bids to stay at the top of the International Cycling Union (UCI) BMX Supercross World Cup rankings.

Rounds five and six will be held in Saint Quentin-en-Yvelines, with no fewer than 205 athletes converging at the track for one of the biggest World Cup events of the season.

Daudet, who won the 2018 race, leads rival Niek Kimmann by 40 points but the Dutch rider secured a second consecutive victory in Papendal, Netherlands, last time out to close the gap.

The duo, who have claimed 1,450 and 1,410 points, respectively, will have to be at their best with UCI world champion Sylvain André aiming to secure a World Cup podium.

André has accumulated 1,345 points to sit in bronze position, with Switzerland's David Graf fourth on 1,095 points.

The French team is leading the way in the elite men's nation ranking.

Jeremy Rencurel took second in the opening round in Manchester, England and could prove a crucial team member this weekend.

Compatriot Romain Mahieu will hope to rediscover the form he had at the UCI BMX Supercross World Cup at Saint Quentin last year where he finished on the podium with two second places.

There are, however, plenty of outsiders who could spring a shock, with Britain's Kye White, Alfredo Campo of Ecuador and Olympic champion Connor Fields from the United States bidding for a podium finish.

World champion Laura Smulders returned to winning ways in Papendal and is favourite to bag one, if not two, more victories in France.

She leads the women's elite rankings with 1,705 points, putting her more than 300 points ahead of nearest rival, American Alise Willoughby.

The women's supercross races have seen four different winners in the current campaign, though, with Smulders and compatriot Judy Bauw, Denmark's Simone Christensen and Manon Valentino of France all gracing the top step of the podium.

Smulders will go into the race with confidence after winning both rounds on the Saint-Quentin track in 2018 but Willoughby will bid to turn two second places in Papendal into wins this weekend.

The Netherlands are top of the women's nation rankings, with the United States second and France third.