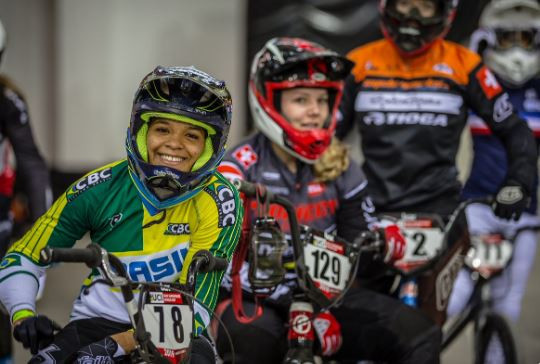 Last year’s International Cycling Union (UCI) world champion Sylvain Andre was among a trio of French riders who swept the podium in the men’s event as round one of the BMX Supercross World Cup was staged in Manchester today.

Afterwards, 20-year-old Sharrock said: "It couldn’t really have gone any better for me today - I didn’t really expect this myself, so to finally just come out and get a good result is unreal."

The women’s event was won by Denmark’s Simon Christensen, who ensured that Dutch duo Judy Baauw and Merle van Benthem had to settle for the minor medals.

Colombia's Mariana Pajon was fourth, but there was no place in the final for The Netherlands' world champion Laura Smulders, who crashed out at the semi-final stage.

This weekend’s action at Manchester’s revamped indoor track offers all participants an opportunity to score valuable Tokyo 2020 Olympic qualification points in two separate races, the second of which is due to be held tomorrow.