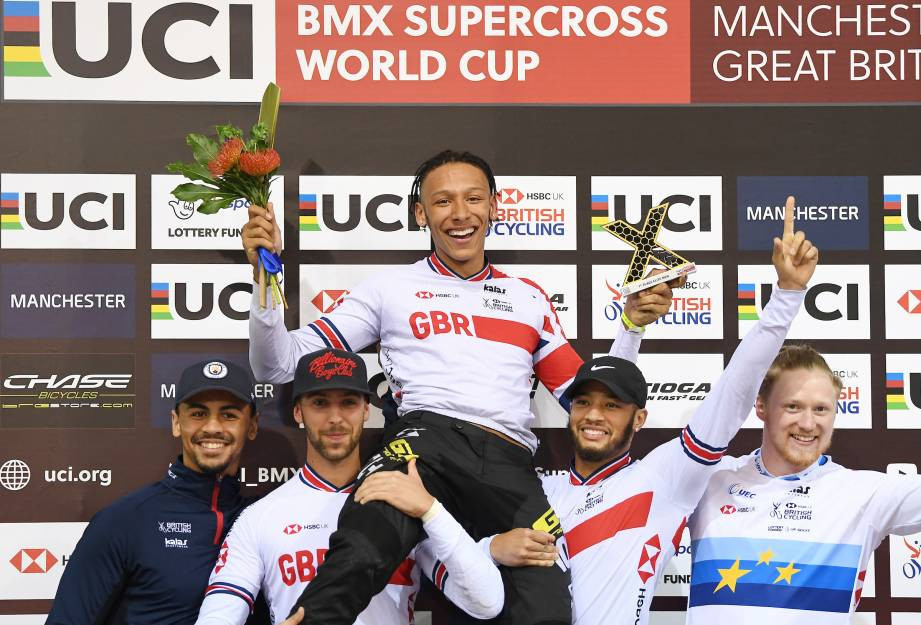 Having made the semi-finals in yesterday’s opening race, the 19-year-old European silver medallist won round two against strong opposition.

His final included the likes of Niek Kimmann of the Netherlands and two high-achieving French riders in reigning world champion Sylvain Andre and the winner of yesterday’s race, Joris Daudet.

“This is the best day of my life, I reckon!” Whyte said.

“I thought that – without being cocky – if I could get among the top three, with the track speed I’ve got, I thought I could win.

“I’ve made World Cup finals before, but I’ve only ever finished last!”

#1 it is for @mvalentino971 in Manchester winning round two of the UCI BMX SX World Cup on Sunday 28 April 2019. #believing #ucibmxwc pic.twitter.com/01vKFpkbZU

There was drama in the women’s final, where American Alise Willoughby dominated from the start ramp to the final bend, where she lost control of her front wheel, conceding momentum and allowing France’s Manon Valentino to burst through and claim victory – her first at a World Cup since 2011.

The UCI BMX Supercross World Cup series now moves on to Papendal, the Netherlands, which will host rounds three and four over the weekend of May 11 to 12.