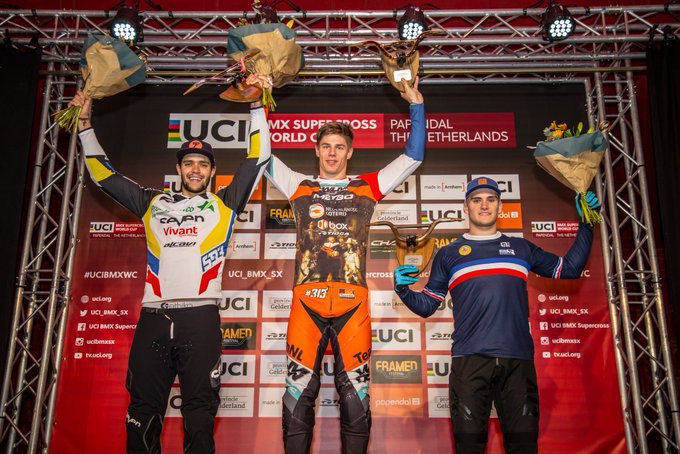 Kimmann, world champion in 2015, dominated the men's event at his home track at Sport Centre Papendal.

The 22-year-old won all of his races on his way to securing a place in the final, where he held off the challenge of his rivals to secure gold.

Alfredo Campo of Ecuador did enough for silver, while bronze went to Jeremy Rencurel of France.

Victory for Kimmann, who was eighth and second in the two rounds held at the previous World Cup in Manchester, now leads the overall rankings on a total of 350 points.

Baauw sprung a surprise in winning the women's event as she upstaged a strong field.

The Dutch rider beat American Alise Willoughby and team-mate Laura Smulders in a fiercely-contested final to move to the top of the women's rankings.

Willoughby was second, while reigning world champion Smulders could only manage third.

The event continues with the fourth round of the World Cup series tomorrow.